Home » A Light in a Dark Place
Previous Next 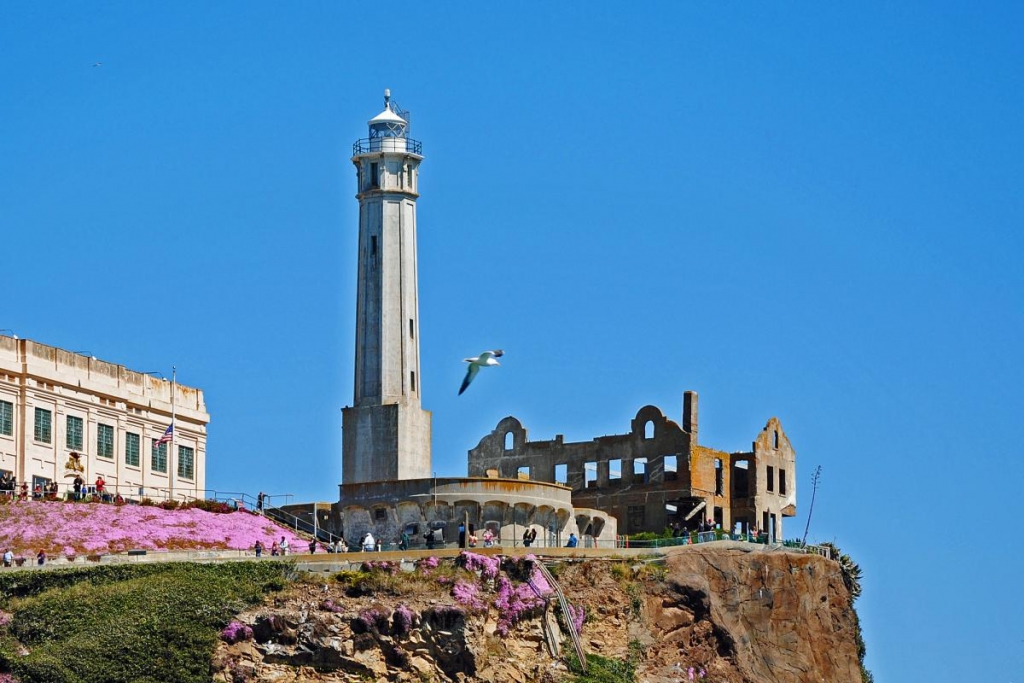 Alcatraz – the name conjures up a dark place, a place of no hope for the prisoners who were sent there. But in the beginning, it was a place of light.

The Gold Rush in California and the subsequent increase in maritime traffic triggered the need for lighthouses on the West Coast of the United States. In response, Congress passed two acts in 1850 and 1851 that provided funds to build eight lighthouses. 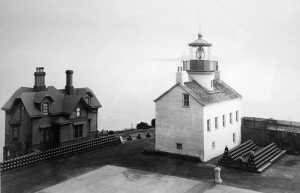 The first lighthouse was built in the San Francisco Bay on Alcatraz Island. The initial building, a dwelling with a lighthouse tower in the center, was first activated in 1854 and managed by a head keeper and one assistant keeper. In addition to the light, the keepers were also in charge of the fog bell which was operated by machinery.

In 1859, a military fortification called the Alcatraz Citadel was also built on the island’s summit. The citadel saw its first use as a prison in 1865 when 39 people in San Francisco were arrested for celebrating the assassination of President Lincoln, their sentence being two months. 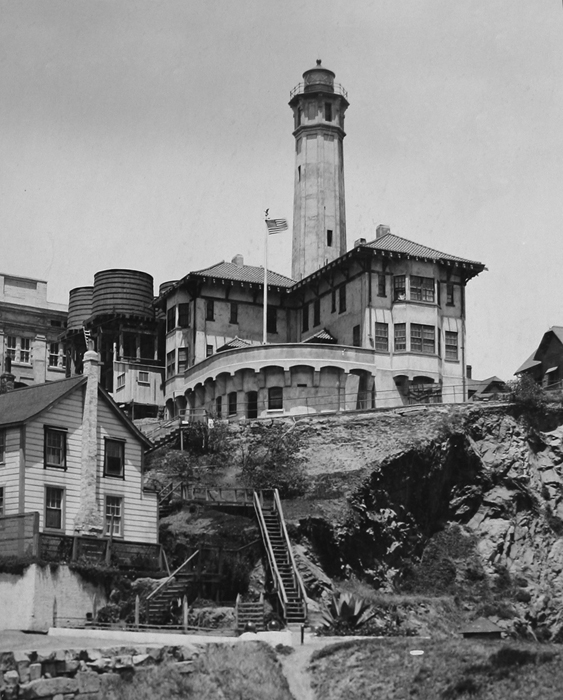 A second assistant keeper was added in 1901 to help maintain the light as well as the second fog horn that was added on the other side of the island. The lighthouse keepers at Alcatraz were witness to the devastating earthquake of 1906 which caused San Francisco to crumble and catch on fire.  From their vantage point, the keepers watched in horror, wondering if the end of the world was at hand. As a result of the earthquake, the lighthouse tower sustained a crack and the chimneys on the keepers’ houses fell into the roof.

The citadel was torn down in 1909, and in its place, a 600-cell prison was built. At the time, it was the largest reinforced concrete building in the world. The new structure interfered with the lighthouse’s operation, so a taller, 90-foot tower was built with new keepers’ quarters attached. 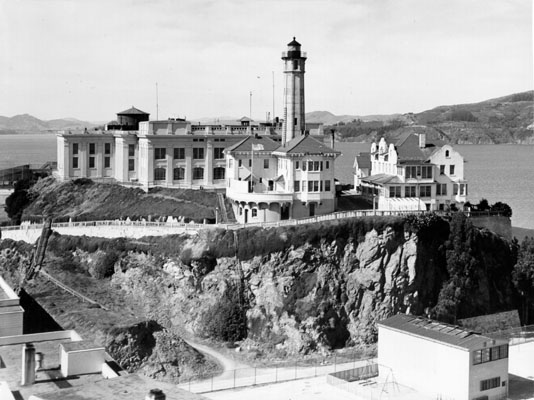 Alcatraz Prison was a military prison until 1933, when the U.S. Justice Department acquired it and turned it into a federal prison. Through the years, the prison housed many notorious criminals and was the scene of a terrible, 44-day riot that Marines were called in to squelch.

Through it all, the keepers continued to maintain the lighthouse and the two foghorns. The last civilian keeper retired in 1959, and the light was automated in 1963, the same year the prison closed. From 1969 to 1971, during the time a group of Native Americans occupied the island, fires destroyed the warden’s house and the keepers’ houses.

Today, despite the turbulent history of the island, the light still stands, still shining across the San Francisco Bay to guide mariners to safety.

During Easter, I can’t help but notice the correlation of Alcatraz Lighthouse to the resurrection. Christ was killed, buried, and thought to be finished, his body put away in a dark tomb. But on Easter morning, He arose, defeating death and the powers of darkness. Like the lighthouse, His light shone out of the darkness giving us hope, and it still shines today to guide us.

May God Bless you this Resurrection Day.

“For God, who said, “Let light shine out of darkness,” made his light shine in our hearts to give us the light of the knowledge of God’s glory displayed in the face of Christ.” 2 Corinthians 4:6 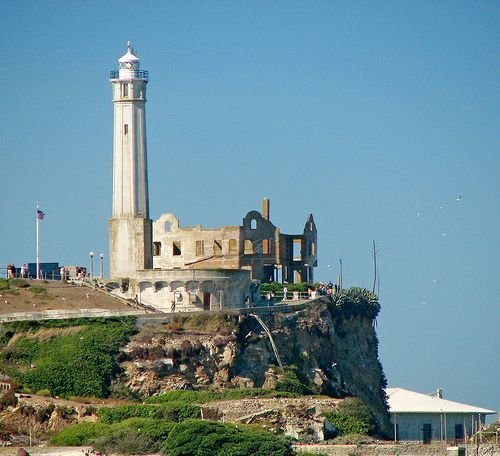