A Lighthouse Built For a King

A Lighthouse Built For a King 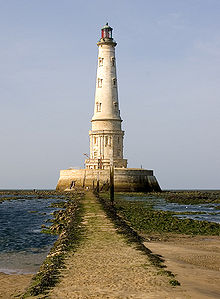 In 1580, Henry III of France ordered a new lighthouse to be built at Cordouan Island near the entrance to the Gironde River and the wine port of Bordeaux. But he didn’t want a plain, ordinary lighthouse.  He wanted an impressive tower to take the place of the crumbling one built by Edward, the Black Prince of England in 1370. Edward’s tower had replaced a primitive beacon reportedly built by Louis the Pious, son of Charlemagne, that dated back to the Middle Ages.

King Henry contracted Paris architect Louis de Foix to design the ornate structure in the classical style of Renaissance architecture at a cost of almost two million dollars in today’s currency.  The new tower was finished in 1612, thirty years later, after challenges with the weather, transportation, and rising costs repeatedly delayed construction.

The completed lighthouse, still standing, was like no other, combining the functions of lighthouse, cathedral and royal palace into one.  Elaborate details accented the exterior as well as the interior. The circular ground floor room had apartments for four keepers inside the walls of the richly decorated entrance hall. Granite steps led to the second story over whose entrance is inscribed “The King’s Chamber.” This royal apartment was walnut-paneled and contained a drawing room, an anteroom for the king’s valet, and two fireplaces. The third story featured a chapel with a domed roof, four stained glass windows and an altar. 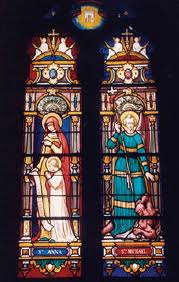 Called “The Most Beautiful Lighthouse in the World,” the tower is still an active aid to navigation and one of France’s national historic monuments. A lighthouse fit for a king. So what did the king think of it? It seems that the king didn’t see it, as there’s no record that any king ever visited the lighthouse. He never occupied the apartment and space built just for him.

It calls to mind what Jesus said in John 14:2, “In My Father’s house are many mansions; if it were not so, I would have told you. I go to prepare a place for you.” We have a special place prepared for us in heaven. Will we occupy it, or leave it empty? It’s our choice.