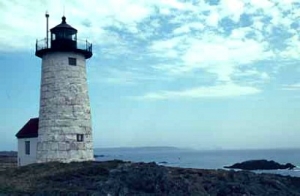 Keeper at Libby Island Light, Maine, Colbeth said his medium brown Irish setter was so intelligent she could almost talk. And being the devoted pet that she was, Flash never let her master out of her sight. If Colbeth went to the 1823 stone lighthouse, Flash was at his side. If the keeper went to the fog signal house, Flash walked behind, trained so her master wouldn’t trip over her in the dark. 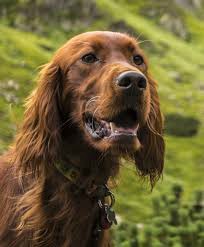 True to her breed, Flash was a great retriever. When Keeper Colbeth went bird hunting, Flash fetched the fowl that fell in the water, no matter how rough the sea was. The dog was the keeper’s best friend, and he said his fifty-pound companion served with him at the light, like a canine assistant.

Flash’s loyalty went above and beyond duty, as Colbeth found out one day. The keeper had to go ashore to get the mail and supplies. Colbeth told his assistant keeper to keep Flash in her quarters until enough time had passed for him to reach the mainland, three miles away. While onshore, the keeper spent about three hours running errands before returning to his boat.

What a surprise he had when he saw the boat! Flash was sitting in it, wet and tired, waiting for her master. Obviously, his faithful companion was willing to make great effort to stay with him and be at his side. 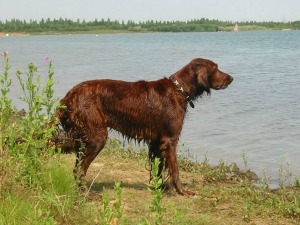 Keeper Colbreth later wrote “The old saying is that ‘A dog is man’s best friend,’ but I would rather put it this way – God first, then the wife, then the dog.”

The Bible says there is another who stays by our side. Jesus said, “I am with you always, even unto the end of the world.” Matthew 28:20 (KJV)

Isn’t it nice to know we have such a faithful companion? 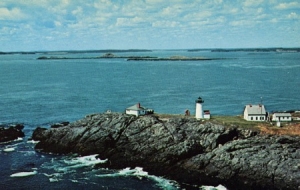 This story was found in the book Lighthouses of the Sunrise County, by Timothy Harrison.