A Lighthouse That Lasts

A Lighthouse That Lasts 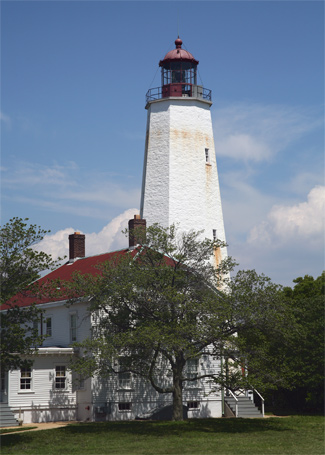 Congratulations to Isaac Conro on a job well done!

Don’t know Isaac Conro? Well, no one today knows very much about him. But his work has lived on to speak for itself.

So, who was he? We know that he was a stonemason from New York, but even more important is the fact that he built the Sandy Hook lighthouse in 1764. Isaac used “rubblestone,” which is natural, uncut stone that’s fitted together perfectly to build an outer wall.

Isaac’s work was done so well that in 1852, Congress described his work as one of the three best-built lighthouses of the approximately 350 in the country at that time. In fact, the lighthouse was so well constructed that during the Revolutionary War, cannon balls practically danced off the structure leaving no damage.

Perhaps even more amazing is the fact that the lighthouse still stands, 250 years later, still in operation, making it the oldest original lighthouse still working, a testament to the excellent work of Isaac Conro.

In January, as we formulate goals for a new year, we often look back at the previous year to see what goals we accomplished and which ones we didn’t. Chances are, your goal for this year won’t be “to build a lighthouse.” But will your goals be to create something with lasting significance?

We can have daily, weekly, monthly and yearly goals. We can have personal, athletic and academic goals. But how many of these goals will be permanent? In other words, what kind of legacy will you leave when you die?

One of the best ways to leave a legacy of good work is to do something for others, especially the next generation. Many things we do will not last, but imparting good values to those coming behind us can have eternal significance.