A Lighthouse Worth Saving

A Lighthouse Worth Saving 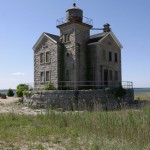 Lighthouses are an endangered species. Since the first known lighthouse was built in the third century in Alexandria, Egypt, lighthouses
have guided ships on every continent. But over the years, many lighthouses have lost their value due to modern inventions like Global Positioning Systems, or location. Placed under the care of the U.S. Coast Guard, the agency determines which U.S. lighthouse are still needed for navigation. If deemed unnecessary, the lighthouse is offered as excess inventory to the government for sale to citizens or organizations who will maintain the structure for its historic significance. Those lighthouses are the lucky ones.

For those who view lighthouses as images of a noble past,  the disappearance is sad. However, to preserve or rebuild these relics is expensive and most people and even municipalities can seldom afford such an  undertaking. When it comes down to it, are they worth it? Are they worth the effort to restore and the expense needed, or are they too far gone?

Sometimes we view people the same way. Are they beyond hope  or restoration? Have we given up on them? Are they worth the effort?

I’m thankful God considers all of us worthwhile and never  gives up on us. If not, He might have given up on me.

“For God so loved the world, He gave His one and only son, that whoever believes in Him shall not perish, but have eternal life.” John  3:16 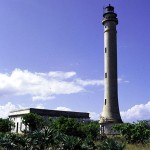 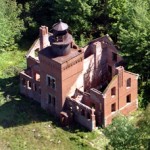 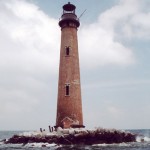