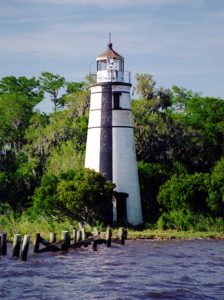 The lighthouse at the entrance to the Tchefuncte (pronounced “she funk tee”) River was built in 1837 to guide ships across Lake Ponchartrain, Louisiana, to the port in Madisonville, Louisiana.

Built on low-lying land, the area of the lighthouse and its other buildings like the keeper’s house, the fog signal, outside kitchen, woodshed and outhouses, were subject to flooding during storms. More than once the breakwater around the lighthouse area was rebuilt over the years. 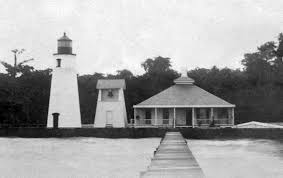 Frederick A. Schrieber, who served as keeper from 1920 to 1935, lived at the lighthouse with his wife Lilla and their seven children. Schrieber had to pay seventy-five cents a day for his children to take the ferry to school, which was quite expensive during that time. A visiting inspector requested that the government pay the fare which would be cheaper than hiring a teacher to live at the lighthouse station at a monthly salary of $30.

In July 1915, a hurricane struck the station when seventy-three-year-old Keeper Joseph P. Groux was in his twenty-sixth year of service at the lighthouse. The Secretary of Commerce commended Keeper Groux for maintaining the light under hazardous and trying conditions. 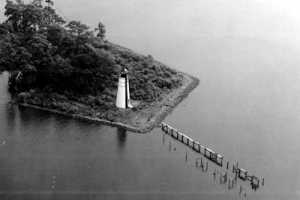 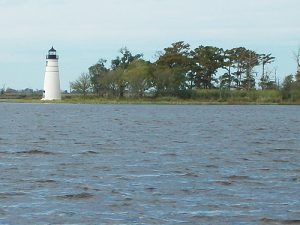 The last keeper left in 1939, and the light was solarized in 1952, and the keeper’s cottage was sold and moved into the town of Madisonville where it was used as a private office. The lighthouse was neglected and a target of vandals until the town gained ownership of the property from the Coast Guard in 1999. A group of volunteers formed with plans to restore the lighthouse, and in 2008, the first phase of its efforts began with repairing and repainting.

This month, after years of effort by the town of Madisonville and the volunteer organization, the lighthouse has received a special gift. The Gulf of Mexico Security Act is sending $1.6 million to shore up the Tchefuncte River Lighthouse and the eroded land around it. Plans are in place to add a pier to the property so that tourists may visit the lighthouse when the restoration is finished.

The Tchefuncte River Lighthouse is a very thankful lighthouse this Thanksgiving. 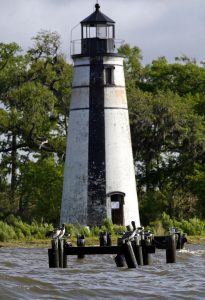