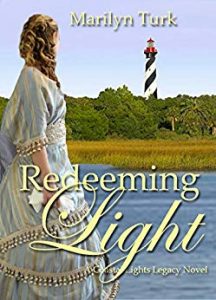 Cora Miller, a recent widow, moves to St. Augustine in 1875 with her young daughter Emily to start life over as a single mother. She opens a fine millinery shop to court the tastes of the wealthy and become part of the town’s social elite. She succeeds in gaining the hat business of tourists Pamela Worthington and her daughter Judith, as well as, the attention of their family friend, extravagant Sterling Cunningham. But aloof Daniel Worthington, Pamela’s son, is more interested in the Indian captives recently brought to the fort.

Daniel Worthington has escorted his mother and sister to St. Augustine. Their trip has coincided with the arrival of Plains Indians being brought to Fort Marion as prisoners. He is sympathetic to the plight of the Indians and seeks to help them learn to communicate through art. Daniel believes Cora Miller is only concerned with unimportant frivolities, but when he sees her with a benevolence group at the fort, his opinion begins to change.

Just when Cora’s business is picking up, jewelry from her wealthy customers begins to disappear and then mysteriously reappear in Cora’s shop. What will happen to her when she is accused of theft? Will her reputation and future be ruined? Or will someone else step up in her defense?