Shadowed by a Spy

Home/Shadowed by a Spy
Previous Next

Shadowed by a Spy 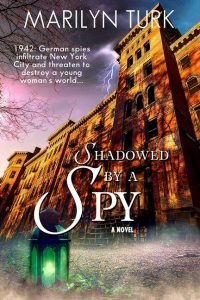 The country is in the midst of World War II, and Lexie Smithfield has left the danger at Jekyll Island behind her. Pursuing a career in psychiatric nursing and trying to do her part for the war effort, she has no idea new danger awaits when she unknowingly encounters Nazi saboteurs who also take the Long Island train to Manhattan.

Her fiancé Russell Thompson has also moved to Manhattan where he works as a hotel manager and moonlights playing piano for the USO. Due to an old injury, Russell is unable to join the military and isn’t satisfied with his contribution to the war, so when an opportunity arises for him to go overseas, he has to leave Lexie to pursue it.

Alone in Manhattan, Lexie senses she’s being followed, but by whom? And when a patient escapes from the psych ward, her fears increase. Who will protect her now that Russell is gone?