Home » Fearing the Worst
Previous Next 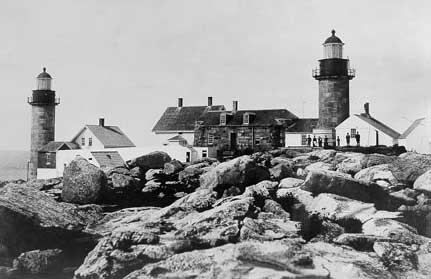 “Shouldn’t Father be back by now?” Abbie Burgess turned from the window to look at her invalid mother. Her father, the light-house keeper, had been gone over a week to get supplies from the mainland.

“The storm seems to be getting worse. I doubt he can make it back,” said Abbie’s mother, a concerned frown creasing her brow.

The deafening roar of the wind intensified as waves crashed over  the rocks, followed by sleet and snow. Water soon covered the island and began to seep in under the doors and around the windows of the keeper’s house where the family lived. Abbie’s little sister screamed each time a wave splashed against the house and clung to her mother. Ice cold water rose above their feet as the women exchanged worried glances.

“We must get to the lighthouse,” said Abbie, shivering with the chill of her wet clothes, then helped the others into the tower. From their higher vantage point, the women watched in terror as their home was torn apart by the raging waves. They could only hope and pray the tower would withstand the force of the storm.

For four weeks, the women remained in the lighthouse tower on Matinicus Rock off the coast of Maine, while seventeen-year-old Abbie made sure the twenty-eight lamps of the beacon stayed lit throughout the nights.

What thoughts must have raced through their minds as they waited for the storm to end and Keeper Burgess to return? Surely they feared for his life as well as their own. Would they starve to death or drown? How long would the storm last? The year was 1856, and there was no way to communicate with the mainland, which was nine miles away.

Fears without, fears within.
I can relate to this feeling. Fear can bring a sense of helplessness or despair.  Or fear can lead us to place our hope in God for his protection. As Abbie Burgess  wrote afterwards, “Though at times I was greatly exhausted by my labours . . . Under God I was able to perform all my duties.”

“Therefore we will not fear, Even though the earth be removed,
And though the mountains be carried into the midst of the sea” Psalm 46:2