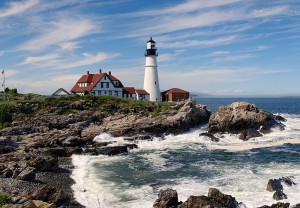 In honor of George Washington’s birthday, let’s recognize the first president of the United States for his involvement with the country’s lighthouses.

Before the United States was a nation, individual colonies and municipalities constructed lighthouses on their shores to guide mariners into harbors. But since operation of these lighthouses was not governed by a centralized body, the lights lacked uniformity in their operation, impacting the safety of the mariners they were trying to protect.

When George Washington became president of the new United States, he was well aware of the importance of protecting its shores. One of the first issues he addressed was the management of lighthouses and central control of navigational aids and recommended “An Act for the Establishment and support of Lighthouse, Beacons, Buoys, and Public Piers,” to provide and regulate navigation. When the Lighthouse Act became law in August 7, 1789, significant improvements in the operation of lighthouses were immediately implemented and operational guidelines were established. 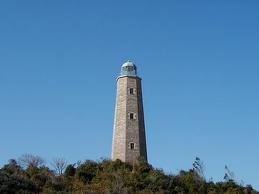 The first lighthouse to be completed after the law was passed was Portland Head Lighthouse. Although the Massachusetts government had already set aside some money for the lighthouse, the lighthouse was not completed until additional funds were allocated for its construction from the new federal government.  George Washington hired two masons from the town of Portland, while Maine was still part of the colony of Massachusetts, and instructed them to take charge of the construction of the lighthouse and use materials from the fields and shores to save costs. Built of rubblestone, the tower was completed in 1790 and first lit Jan. 10, 1791, still standing as one of the four colonial lighthouses that have never been rebuilt.

At the juncture of the Chesapeake Bay and the Atlantic Ocean, Cape Henry is the entry point to the ports of Norfolk, Newport News, Baltimore, and Washington, D.C. The first lighthouse ordered and financed by the federal government, the Cape Henry Lighthouse was authorized by George Washington and overseen by Alexander Hamilton. A New York contractor named John McComb built the tower of sandstone from the same quarries that provided material for Mount Vernon, the U.S. Capitol Building, and the White House. The 157 ft. octagonal lighthouse was completed in October, 1792. 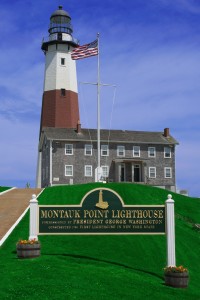 On April 12, 1792, President Washington authorized construction of a lighthouse at Montauk Point, New York, to lead mariners past dangerous shoals and rocky reefs at the end of Long Island. This lighthouse would aid mariners between southern New England ports such as Baltimore and Philadelphia and serve as the first land-based light for ships traveling from Europe to New York. John McComb was also the contractor for this lighthouse, which was completed in 1796.

The Seguin Island Lighthouse was commissioned by President George Washington in 1795. Situated near the mouth of the Kennebec River; it was built to serve as both a coastal beacon and an entrance light to the river.  It’s the highest of Maine’s lighthouses (180 feet above sea level) and the second oldest in Maine. 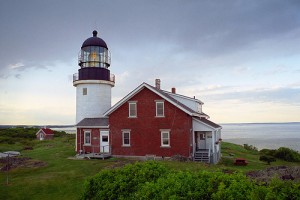 George Washington is known as the Father of our Country. Like a good father, he sought what was best for the country, with a vision that the new nation would be a symbol of prosperity and liberty. Even today, he is still recognized for the example he set, leading our nation to be an example for the rest of the world.