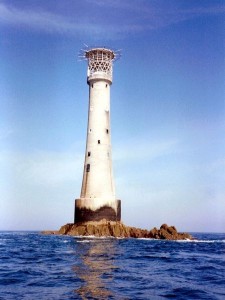 Five hundred years ago on May 20, King Henry VIII of England granted a Royal Charter to “The Master Wardens and Assistants of the Guild Fraternity or Brotherhood of the Most Glorious and Undivided Trinity and of St. Clement in the Parish of Deptford Strond in the County of Kent,” which was a medieval mariner’s guild. The guild eventually became known as The Corporation of Trinity House of Deptford Strond, and is now Trinity House, a guild named for the Holy Trinity.

The charter was a response from the king to the London guild, which had petitioned him with concern about the poor conduct of unregulated pilots on the Thames, asking for license to regulate pilotage.

Before the charter, there were many “trinity houses” in port cities around the country. One of the main purposes of these guilds was to serve as charities to aged mariners or widows and orphans of sailors lost at sea.

In 1566, Queen Elizabeth I enabled Trinity House to “erect beacons, marks and signs for the sea,” and in 1609 Trinity House built its first lighthouse, with many more constructed in the four hundred years since.

Because Trinity House is a “brotherhood,” it is ruled by a court of thirty-one Elder Brethren, presided over by a Master, at present Her Royal Highness, the Princess Royal. These Elder Brethren are appointed from 300 Younger Brethren who act as advisers and perform other duties as needed. The Younger Brethren are themselves appointed from lay people with maritime experience, mainly naval officers and ships’ masters, but also harbormasters, pilots, and yachtsmen.

Today’s Trinity House Corporation continues to focus on the safety of shipping and the welfare of mariners as it has for the past five hundred years with three separate functions. 1) As the General Lighthouse Authority for England, Wales, the Channel Islands and Gibraltar, it provides aids to navigation through some of the busiest sea-lanes in the world. 2) It is a Deep Sea Pilotage Authority which provides expert navigators for ships trading in Northern European waters. 3) It is a charitable organization dedicated to the safety, welfare provision for retired mariners, and cadet training.

Perhaps the reason for the longevity of Trinity House lies in one of the principles behind its founding: “Religion that God our Father accepts as pure and faultless is this: to look after orphans and widows in their distress and to keep oneself from being polluted by the world.” James 1:26-27

May God continue to bless Trinity House for the next 500 years. 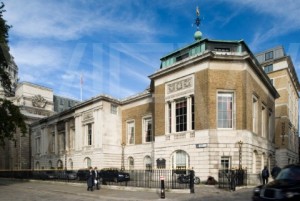