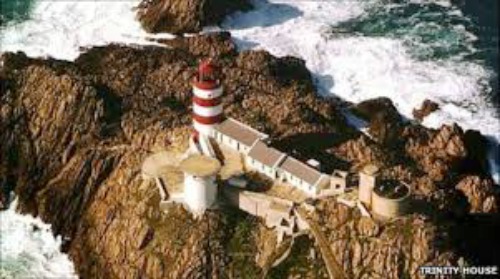 Lighthouse keepers had a 24/7 job, but even they had free time, especially on stations where their families weren’t allowed. When the sea was peaceful and the duties were done, what did a light keeper do with his time?

Of course many lightkeepers liked to fish, and a lighthouse was located in a perfect place for such a pursuit. In addition, lightkeepers often used their time to catch up on reading – books brought with them or  magazines delivered with their relief supplies. Others listened to music with whatever device worked in such remote locations, from records to tapes in the twentieth century.

When Terry Branfield was a relief keeper at Longships Lighthouse off Land’s End in Cornwall, he discovered that the other keepers at the lighthouse enjoyed making rope mats. Terry learned the craft and pleased his mother with a new rope mat on his next trip home.

Many lighthouse keepers took advantage of their solitude to take correspondence courses from colleges, improving their skills or adding to their knowledge.

One of the keepers at Needles Lighthouse in the U.K.  had recording equipment that enabled him to record books designated for the blind. 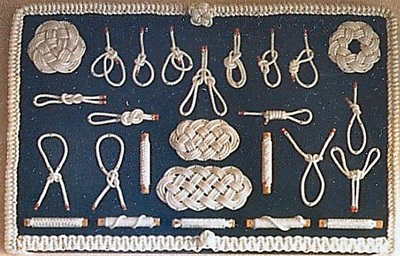 At Casquets Lighthouse, there was enough land for the principal keeper to construct a driving range and practice his golf swing. This feat was accomplished by applying netting over a framework of old scaffolding material. During bad weather, he used the bedroom hallway for a putting green. The keeper eventually used  his improved golf skills to become  manager of a golf club.

Keeper Gordon Partridge discovered a use for  extra wood carpenters left at the lighthouse to create a doll house for a family member.  Partridge said the most difficult aspect of making the dollhouse was transporting it back home aboard a commercial airplane.  Lesson learned, his future doll house constructions were made in panels that could be assembled at their destination.

Other keepers applied themselves to the craft of building ships in bottles or light bulbs, a hobby which required great patience and a lot of uninterrupted time. Still other keepers made knot display boards, a popular item to sell on the mainland. 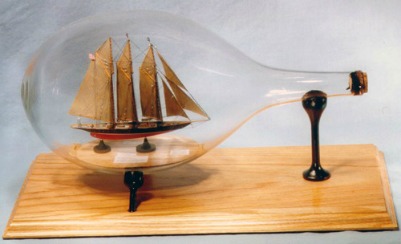 At Marblehead Lighthouse on Lake Erie, Keeper Charles Hunter kept busy during the three winter months when the light was inactive with several hobbies. He carved a grandfather’s clock, as well as, wove beautiful tapestries of nautical scenes, and even wrote short stories.

These keepers made good use of their hands and their time, dispelling the image of a bored lighthouse keeper.

What do you do with your free time? Are you bored? Maybe you could take up a hobby too. 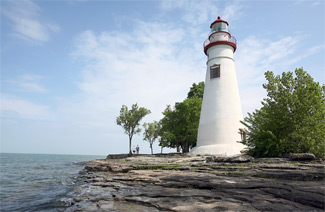