How to Hide a Lighthouse

How to Hide a Lighthouse 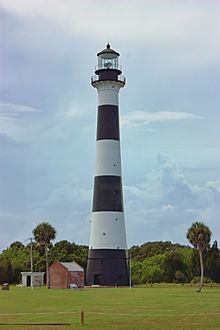 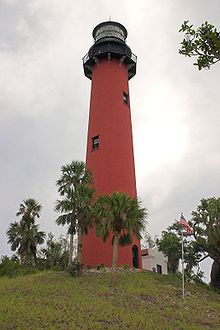 Sound impossible? Well, one way would be to take the lights out of the towers. That’s exactly what happened in the Civil War. In July 1861, in an effort to hinder the Union Navy, the Confederate Treasury ordered all Southern lighthouses to extinguish their lights.

But many Confederate soldiers and sympathizers took the order even farther. The expensive and delicate lenses of many lighthouses were dismantled and packed into crates to keep the lights from falling into enemy hands.

But what did they do with them afterwards? Many were shipped to other locations for hiding. When Union General Sherman captured the North Carolina courthouse, he found numerous lenses hidden there.

Other lighthouse lenses were hidden in more obscure or creative locations.

Keeper Mills Burnham of the Cape Canaveral Lighthouse, dismantled his lantern and packed the prisms in crates, then buried them in his orange grove where they remained until after the war.

Confederate soldiers buried the parts of the Port Aransas, Texas, lighthouse in a nearby marsh, but the location was lost and the lantern was never found.

At Matagorda Island, the lighthouse lantern was buried in the sand. This lantern, too, was never found after the war.

Another lighthouse lantern was buried in a cemetery with its own headstone.

The lantern parts of Florida’s Jupiter Light were found in a nearby creek and restored to the tower after the war.

The Union government had quite a challenge finding all the hidden lighthouse lenses after the war when they began to put the lighthouses back into service. Some were never found and had to be remade. Others that were found had to be repaired. It took several years, but eventually the lighthouses were relit and restored, once again functioning as navigational aids.

Do you ever try to hide? Maybe you just want to hide something you’re doing. You might succeed for a while. But the Bible says someday, everything will be revealed. “For God will bring every deed into judgment, including every hidden thing, whether it is good or evil.” Ecclesiastes 12:14

Personally, I’d rather ask God to reveal to me now what I might be hiding before it’s revealed to anyone else.

“Search me, God, and know my heart;
test me and know my anxious thoughts.
See if there is any offensive way in me,
and lead me in the way everlasting.” Psalm 139:23-24