How to Talk in a Lighthouse

Home/Lighthouse Blog Category, Uncategorized/How to Talk in a Lighthouse
Previous Next

How to Talk in a Lighthouse 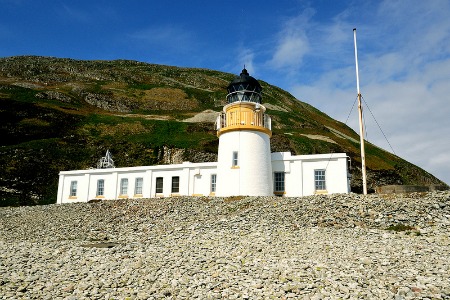 One of the first lessons a new lighthouse keeper in Scotland learned was the importance of conversation.

The Commissioners of the Northern Lights operated the 212 lighthouses in the country with three-man crews who rotated every six weeks, unless weather intervened. In addition, many relief keepers were available to fill in whenever a regular keeper was sick, on vacation, or left his position.

With such change in personnel, communication was vital for each member of the crew to know the routines, as well as, the mechanics of each lighthouse. Chores and schedules were assigned, from cooking and cleaning to servicing the light.

When one man got off duty during the night, he woke up the man taking over. However, to keep his replacement awake, it was the responsibility of the man getting off duty to make sure the sleepy man was fully awake and alert. Consequently, the men talked about anything they could think of to achieve that result while infusing the keepers with copious amounts of hot tea. 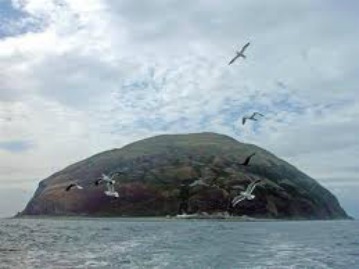 Despite the work schedule, the three keepers usually shared their meals together, meaning short hours of sleep for each of them. Yet sharing the routine and the isolation of the lighthouse, these men found conversation a means to allay the loneliness they’d feel otherwise. Even though the keepers were strangers to each other with different ages and backgrounds, conversation helped to unite them into an efficient work team.

There were times, though, that conversation was difficult to achieve. When fog rolled in, the lighthouse fog horn would go off and blast at regular intervals as long as the fog existed. Sometimes, the fog lasted for days, resulting in conversation that was restricted to intervals between the noisy blasts.

For example, at Ailsa Craig, each five-second blast was followed by a fifteen-second period of quiet. The keepers then divided up their conversation, and going clockwise around the table, each man had their turn to talk for fifteen seconds before the fog horn blasted again. The following period of silence, the next man talked for fifteen seconds until the next horn blast. Conversing in such a manner required the keepers to plan their words carefully so when it was their turn, they’d have the chance to say what they wanted to say with no one or nothing interrupting. As a former keeper said, “It was a very democratic way of communicating.”*

An interesting result of talking this way for hours was that even when the fog lifted and the horn quit blasting, the keepers continued the same pattern of speech – talking in staccato punctuated by five seconds of silence before they returned to their normal routine.

Sounds like a nice pattern of conversation. In fact, it sounds a lot like this advice from the Bible: “Everyone should be quick to listen, slow to speak.” James 1:19

*From Stargazing by Peter Hill.