Keeping the Faith at the Lighthouse

Keeping the Faith at the Lighthouse 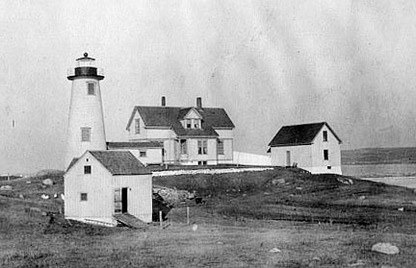 Cuttyhunk Lighthouse, at the western end of Cuttyhunk Island, provided guiding light into both Buzzard’s Bay on one side and Vineyard Sound on the other. The two-mile-long island was home to lighthouse keepers and their families for many years, beginning in 1823.

In 1911, Levi B. Clark became Cuttyhunk’s keeper and moved to the island with his wife Sophia and two children. During their stay on the island, their third child was born.

There were many challenges to family life at an offshore location, and special attention was given to providing the children with a proper education. 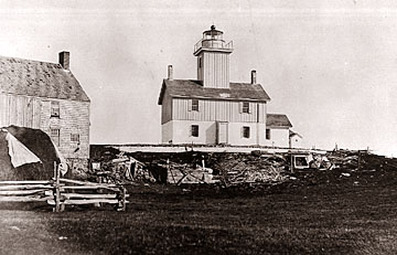 The Clarks also wanted their children to have spiritual teaching as well, but attending church services was extremely difficult. Keeper Clark decided to handle this aspect of his children’s growth by acquiring a license as an Episcopalian lay reader. Keeper Clark began preaching to his family and any others who happened to be on the island, which included tourists during the summer. In August 1913, Clark preached to a crowd of over 200 vacationers and promised he’d continue to preach every Sunday as long as one person attended.

In the Bible, chapter two of Luke, verse 52, Jesus is described as growing in wisdom and stature, and in favor with God and man. Known as four-dimensional growth, the verse refers to educational growth, physical growth, spiritual growth and social growth.  Keeper Clark and his wife went to great lengths to supply all these aspects of growth for their children. Are we doing this today? Would the world be different if we did?

“Fathers, do not exasperate your children; instead, bring them up in the training and instruction of the Lord.” Ephesians 6:4 (NIV)

*Special thanks to Kraig Anderson @lighthousefriends.com, for sharing this story.