Lady of the Lighthouse

Lady of the Lighthouse 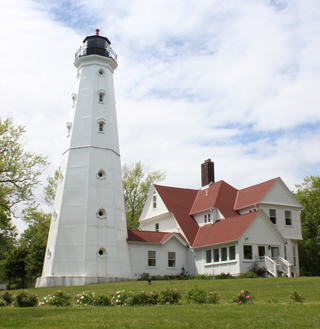 Things didn’t look good for Georgia. Her doctor said the relentless cough that had troubled her for weeks was caused by consumption, otherwise known as tuberculosis. In addition to his diagnosis, he predicted that she, like most people who contracted the disease in those days, only had a short time left to live.

The news hit Georgia and her husband Lemuel hard. Was there not any treatment, any hope for the twenty-seven-year old woman?

The doctor said there was a slim chance she could get better if she moved away from the bad air of the congested city to a place where she could breathe fresh, clean air. Georgia’s parents lived in Milwaukee, Wisconsin, a developing new city on the shores of Lake Michigan, where her father, Daniel Green, was the lighthouse keeper at North Point Light. The couple decided she would move in with her parents, while Lemuel, a jeweler, stayed behind. 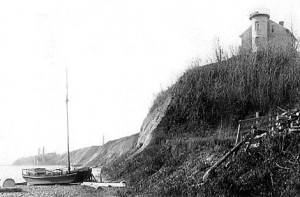 When Georgia arrived at her parent’s home, however, she found that their health was declining as well. She took on some of her father’s duties at the lighthouse to help him out. A few months later, Lemuel arrived and opened up a jewelry shop in town. Whether it was the air, the work, or the change in environment, Georgia’s health improved and she delivered her first and only child the next year.

Georgia eventually handled all the responsibility for running the lighthouse, and in 1881, after her father passed away, she was appointed as his replacement. She remained in that position for the next 26 years, the longest tenure of any keeper in North Point history. 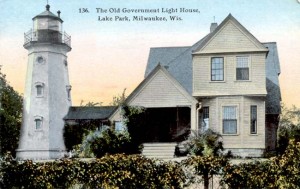 In addition to her better health, Georgia experienced many other changes. When she first arrived at the lighthouse, it was perched on a cliff above the water separated from the city by ravines. Erosion from the lake threatened the stability of the lighthouse, so the lighthouse authority decided to rebuild the tower and the keeper’s house farther away from the cliff’s edge. So in 1888, Georgia moved into a new two-story Queen Anne style keeper’s dwelling attached to the new tower by a covered walkway.

Over the next few years, Georgia’s neighborhood saw great improvement. What had been virtual wilderness when the lighthouse was established became an upscale community of Milwaukee’s elite. In 1892, the city contracted with renowned landscape architect Frederick Law Olmstead to design a 140-acre park along the crest of the bluff. Olmstead’s design included a wide boulevard in front of the lighthouse and ornate bridges spanning the twin ravines. With sculptured sandstone lions guarding each end of the bridges and a large circular overlook directly in front of the light station, Georgia found her lighthouse the focal point of the new park. 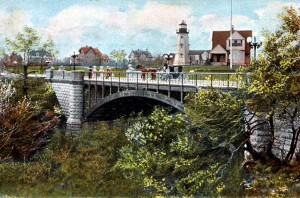 As work on the park neared completion in 1897, the station underwent a number of changes to adapt it to its new surroundings. The dwelling was substantially remodeled and the oil house moved closer to the tower so it would be less visible from the boulevard. The station grounds were landscaped and re-sodded, cast iron fencing was installed adjacent to the lion bridge, and a concrete walkway was laid from the front gate to the porch of the keeper’s house. Not all of the changes were cosmetic, as a boiler was installed in the cellar of the dwelling to provide central heating, an enhancement which Georgia greatly appreciated. 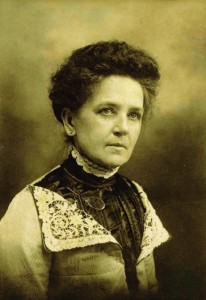 In 1907, the light was decommissioned, and Georgia retired, having earned the name “Lady of the Lighthouse.” She lived to see both her grandsons become lawyers, and died at the age of 74, after enjoying many years of a fulfilling life.

“You will eat the fruit of your labor; blessings and prosperity will be yours.” Psalm 128:2