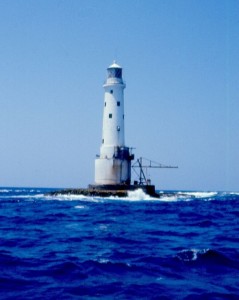 What would you do if you lived at a lighthouse away from civilization, without phone, television or Internet services? How would you spend your time when you weren’t working?

Even though light keepers had lots of work to do keeping the light on, polishing lens, repainting, repairing, etc., they also had free time. But what did they do when the chores were done and they had no place to go or no one to talk to?

Many light keepers had hobbies .

From Great Basses Reef Lighthouse in the Indian Ocean to Beachy Head in the United Kingdom to Peggy’s Point in Canada and Point Lowly Lighthouse in Australia, light keepers around the world enjoyed fishing, supplementing their meals with fresh seafood while taking advantage of their seaside locations. On the coasts of the United Kingdom, some keepers devised a way to fish using a kite. The kite with the hook attached to the tail was flown away from the lighthouse, then hovered or landed in the sea until a fish took the bait. When the fish’s bite tugged the kite, the keepers had to pull the kite back to the lighthouse before seagulls could steal the fish off the hook. 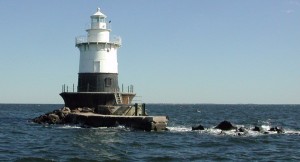 Shell carving was the artistic outlet James Anderson, keeper of Bean Rock Lighthouse, New Zealand, found during the slow winter months. He enjoyed carving designs in pearl shell, mussel and Parnell, mostly birds and fish in the form of brooches. According to his son Ivan, “he won a lot of prizes at exhibitions, besides selling a few.”

Arthur Small at Palmer’s Island Light, was a gifted artist of sailing ships and harbor scenes, praised for his attention to detail. Small started painting on scraps of sail during his years at sea, then continued his hobby while a keeper. 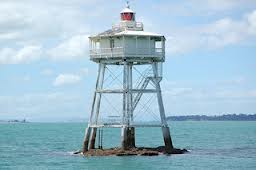 While keeper Harold Hall served at many lighthouses in the United Kingdom, he also enjoyed painting, as well as playing the mandolin and violin.

Kate Moore spent her life at Black Harbor Light Station in Bridgeport, Connecticut, taking over her father’s duties as keeper when his health failed. Even though she had farm animals to care for and gardens to tend in addition to maintaining the light, she found time to carve duck decoys. She said, “I just took two blocks of wood and carved them out with a knife. It didn’t take long to make one, and I liked to do it. I often worked at them in the nights when I had to stay up.” 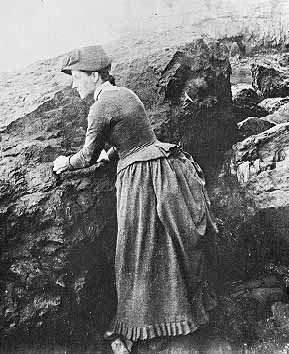 When her father was keeper of the Santa Cruz Light, Laura Hecox collected seashells, minerals, fossils, Indian artifacts, rocks, and other specimens, a hobby she continued when she became keeper after her father died. A room in the keeper’s dwelling became a private nature museum with her colleciton displayed in cherrywood cases her father had built.

Gerry Douglas-Sherwood, keeper at the Needles Lighthouse in the United Kingdom, wrote articles for the newsletter of the Association of Lighthouse Keepers. As editor, he spent his afternoons sitting at the kitchen table typing articles on a small portable typewriter. When he wasn’t writing, he had another hobby to occupy his time. As a vintage-motorcycle enthusiast, he often took motorcycle parts to the lighthouse to work on. 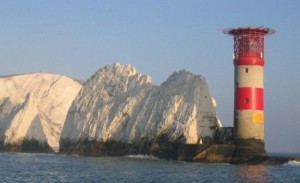