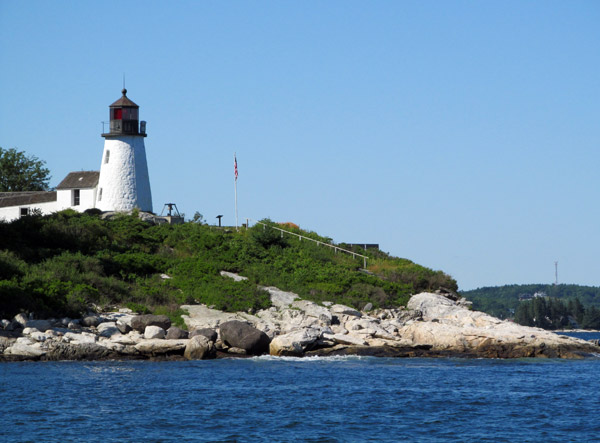 “Molly, the Andersons are coming over this afternoon.”

“Yay!” Ten-year-old Molly jumped up and down. “I can’t wait to see Tommy!”

Mother pointed her wooden spoon at Molly. “Well, you two stay out of trouble, if you can. We get to see their new baby for the first time.”

Molly was beside herself with excitement. Living on an island and being the only daughter of her lighthouse keeper father and mother, Molly seldom had a chance to play with other children. But when the weather was nice, usually in the summer, sometimes lighthouse families from other islands came to visit.

Twelve-year-old Tommy Anderson was Molly’s best friend. She loved playing with him. They’d go fishing in the pond on the island, or maybe search the beach for treasure. Sometimes they pretended they were pirates invading the island.

When Tommy arrived, the two friends took off running, playing a vigorous game of hide and seek. Afterwards, they sat on the bluff overlooking the ocean and watched boats pass in the distance.

“You know, Molly? One of these days I’m going to get on a boat and sail away, like those boats out there.”

Molly jolted as if struck by lightning. “Where would you go?” 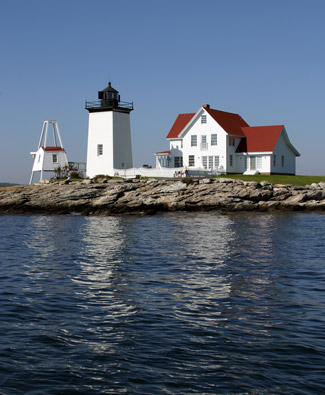 “I dunno. But don’t you ever want to see someplace else? There’s a whole ‘nother world out there on the other side of the ocean.”

Molly pursed her lips. “I like it fine here. Besides, you’re going to be a lighthouse keeper like your dad, aren’t you?” And I’m supposed to marry you. That’s the way things happened among lighthouse families who usually married others in the lighthouse community.

Molly jumped up and slapped Tommy on the back. “Tag, you’re it!” then she took off running again.

But five years later, the two sat on the same bluff and Tommy said, “I’m joining the Navy.”

Molly’s heart seemed to stop. Turning to him she said, “You can’t. You’re too young.”

“I’ll be eighteen in a couple of months, and that’s old enough to be in the Navy.”

Molly looked away, afraid he’d see the tears in her eyes. Tommy slipped his arm around her shoulders and gave her a hug. “Hey, it’s okay. I’ll write, you know.”

And so he did. For the next two years, she got a letter from Tommy once a month. He sounded happy, like he was enjoying his new life at sea. But he never said anything about coming back to see her. Then the country went to war and the letters grew farther apart until they stopped altogether.

Molly was worried. Had something happened to him? Or had he simply lost interest in writing to her? She asked her parents to find his parents who had been transferred to another island lighthouse and find out about Tommy. Word came back that he was still in the Navy somewhere in the Pacific. When the war ended, Molly expected Tommy to come see her, but he never did. 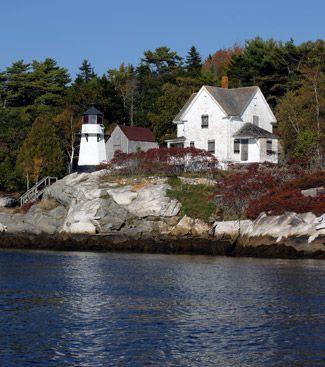 Years passed and Molly fell in love with and married the young assistant keeper who came to work at their lighthouse. Soon there were children and Tommy became a memory, only thought about when Molly saw the shoebox on the closet shelf where she kept his old letters. The children grew up, married, and moved away. Molly’s husband became a principal keeper and she became his assistant. When he died, she became the keeper.

Then one day while she was standing in the lantern room, she saw a small boat pull up on the beach. The lone passenger, an older gentleman, climbed out and tied the boat up. Who was this man? Yet there was something familiar about him, and when he looked up at the lighthouse, he smiled and waved.

Tommy! Molly hurried down the steps and out the door, then ran to meet him. Tommy grabbed her in a bear hug. “Molly,” was all he said.

They walked hand-in-hand to the keeper’s house where Molly made coffee. Then they sat at the kitchen table and talked for hours like friends who had never been separated. Tommy told her he had a difficult time after the war dealing with the traumatic events he’d witnessed. He’d wanted to come see her, but couldn’t let her see what a wreck he’d become. When he recovered, he heard she had married. Eventually, he too, married. Now his children were grown and his wife had passed away.

“Molly, it’s so good to see you again. You know, you’re the best friend I ever had.”

Molly patted his hand on the table. “Best friends forever,” she said.

Do you have a friend like Molly and Tommy – someone you can see after being separated for a long time and the friendship picks up where it left off before? I do, and I’m truly thankful God gave me such a special friend. In fact, I think it’s time we reconnected again. 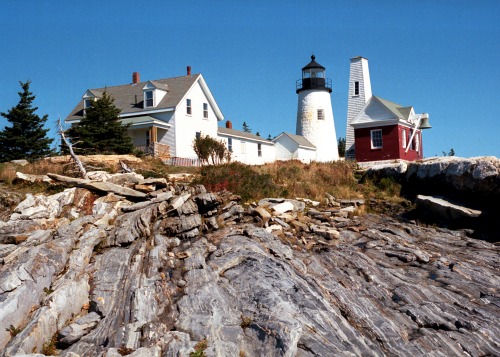