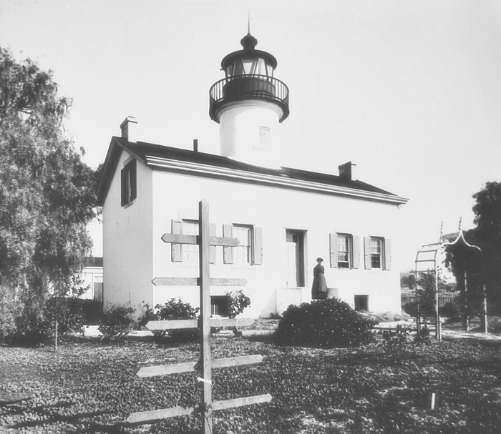 Julia Williams wondered if she’d ever make it to California. Her husband Albert had left their home in Maine when news of the Gold Rush reached them in 1849, promising to send for her and their young son when he had established a place for them out west. It had taken four years, but now she was trying to make it to San Francisco, where he’d settled.

The trip would have been unbearable – by ship, rail, muleback and even carried by natives – if she hadn’t had so much company during the ordeal. However, over a thousand others had joined her on the chaotic trip, as they, too, sought their fortune out west.

Albert and Julia lived in San Francisco three years before he received an appointment to be keeper at the Santa Barbara lighthouse which was still under construction. They moved to the then tiny village and waited seven months until the lighthouse was finished in December 1856. For four years, Julia helped Albert tend the light until by some misunderstanding, another keeper was sent to replace Albert.

Albert began farming on some nearby property while the lighthouse changed keepers several more times, but in 1865, Julia petitioned for the keeper position knowing she could do the job better than her husband’s successors. Albert, in the meantime, had lost interest in being a lighthouse keeper, so he worked on their ranch until his death in 1882.

Julia was the lightkeeper at the Santa Barbara light for forty years, retiring at the age of 80 in 1905 when she fell and broke her hip, ending her career, which was the longest of any lighthouse keeper in California. During her tenure, Julia kept the light clean and functional, climbing the stairs every night to light the lantern, while at the same time taking care of her five children.

Fresh water was difficult to come by and Julia often had to saddle a horse, take a baby in her arms with the other children following and travel a mile to the nearest spring. Like other mothers of her time, she did all the cooking, cleaning, sewing and mending as well. Years later, her grandson remembered the smell of her fresh-baked bread and the colorful flowers in her garden. Julia only recorded three absences from her duties – once because of illness, and twice to attend the weddings of her sons.

Julia’s commitment to the lighthouse and her children are characteristic of the Proverbs 31 woman in the Bible:

“She sets about her work vigorously;
her arms are strong for her tasks. 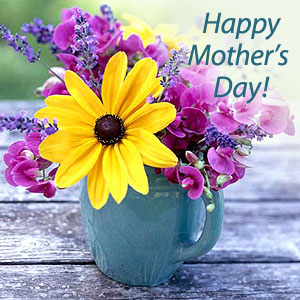 She sees that her trading is profitable,
and her lamp does not go out at night. (verses 17-18)

She watches over the affairs of her household and does not eat the bread of idleness.

Her children arise and call her blessed;
her husband also, and he praises her

Many women do noble things,
but you surpass them all. (verses 27-29)

Honor her for all that her hands have done,” (verse 31)

Wishing all you mothers a Happy and Blessed Mother’s Day!