Home » Lighthouse Kids to the Rescue
Previous Next 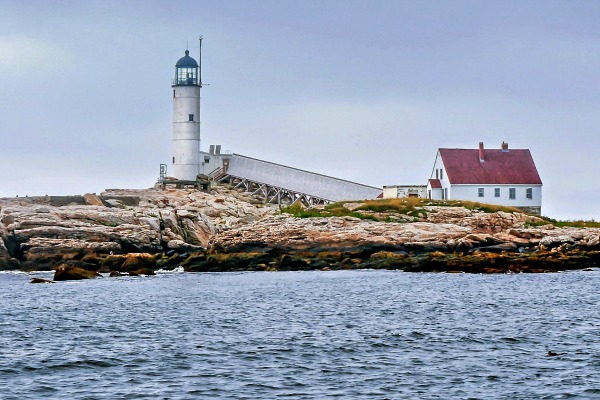 People on the New Hampshire seacoast knew it was out there.

Several miles from shore, on the southern tip of White Island in the Isles of Shoals, the only lighthouse off the coast of New Hampshire, sat sadly alone and decaying.

Built in 1859, the White Island Lighthouse had seen keepers, their families, and Coast Guard come and go. It had witnessed shipwrecks and rescues. It had also weathered blizzards and Atlantic storms, including the “Perfect Storm” of 1991. 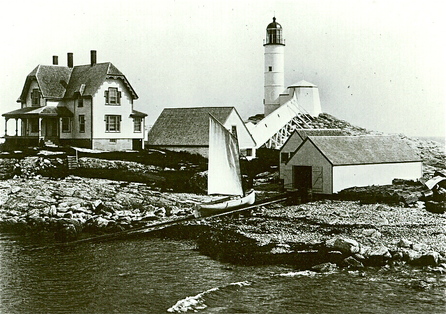 The lighthouse lost its inhabitants in 1986, when the light became automated and no one was needed to man it anymore. The abandoned lighthouse was eventually turned over to the state of New Hampshire’s Parks Department, but the buildings continued to deteriorate.

Locals would talk about the lighthouse and its plight, shaking their heads about the result of years of neglect. “Someone should do something,” they’d say. But no one stepped forward to help the lighthouse.

No one, that is, until a school teacher named Susan Reynolds, became so upset about the situation that she did something. Susan had spent summers on the beach as a child, staring out at the lighthouse and planning to visit it in person as an adult. The lighthouse was important to her and important to the history of the area.

So in 2000, Reynolds formed a community service group with her seventh grade students to raise money and spur interest in saving and preserving the lighthouse. Called the “Lighthouse Kids,” the group became a nonprofit organization devoted to service projects and volunteer efforts for the cause. Another group called Friends of the Lighthouse Kids consisting of more than 150 adults joined the Kids to support them and their work for the lighthouse. 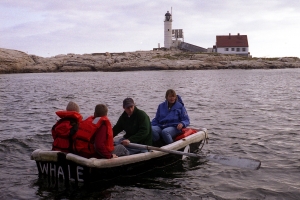 LIghthouse Kids on their way to the lighthouse, photo courtesy Jeremy D’Entremont.

One of the activities the Lighthouse Kids did was send letters to businesses and individuals asking for donations. They also sent letters to state and local officials asking for help with restoring the lighthouse. As a result, the group was awarded a grant in 2003 that allowed them to have major repairs done.

Since that time, the Kids have continued their efforts, even as they’ve grown into adulthood and new kids have joined the group. Renovations have included repairing cracks in the brick tower, repainting it, putting a new roof and new windows in the keeper’s cottage, and replacing the covered walkway that connected the tower and the cottage.

In addition, the Lighthouse Kids have kept close contact with the Coast Guard, who still maintains the light, its solar panels, and the fog signal. 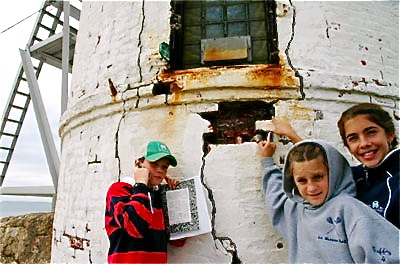 The Kids have also started a Stewardship program with “stewards” who go the island to clean up the station, host visitors, paint and handle ongoing repairs.

Thanks to one person’s vision and a bunch of eager kids, White Island Lighthouse is now restored and ready for company.   “Do What’s Right, Save the Light,” their motto, is worth remembering when it comes to lighthouse preservation.

“Even a child is known by his deeds,
Whether what he does is pure and right.” Proverbs 20:11