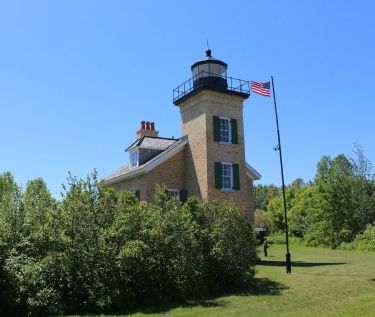 Marriage is a partnership, and for some spouses, it is a business partnership as well. This fact was especially true for lighthouse marriages.

Even though the husband was usually the lighthouse keeper, the wife needed to be ready to assist if he was unable to handle his duties due to illness, accidents or absence. Some of the larger lighthouses had a primary keeper and one or more assistant keepers. But many only had a single keeper, making it necessary for his spouse to know as much about his position as he did.

Often keepers took on extra jobs to supplement the meager salary lighthouse keepers were paid. Those in remote locations were often farmers and fishermen. Those closer to communities could take jobs in town.

One such lightkeeper was James Corgan, who tended the Ontonagon Lighthouse on Lake Superior from 1883-1919, the longest tenure at that lighthouse. In addition to his lighthouse duties, he served at various times as harbor master, government appraiser, deputy collector of customs, and other positions in the community. 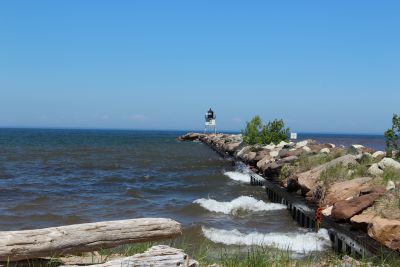 In 1875, a pier head light was installed at the end of the 750-foot pier marking the entrance to the Ontonagon River, adding another light for Corgan to maintain. The following year, a new swing bridge was built across the river, and Corgan became responsible for its navigational lights as well.

Corgan’s wife Mary readily assisted him by taking over the duties of keeping the main light attached to the keeper’s house so he could tend the other lights and handle his extra responsibilities. Without her help, he would have had a difficult time doing all he had to do.

Keeper Corgan’s journal entry of the first lighting of the 1893 shipping season is unlike normal lightkeeper journals which usually record the weather conditions. Instead, he shares his personal grief about the loss of his wife.

April 22 – Lit up tonight for the first time this season and a sad, sad lighting it was caused by the absence of my dearly beloved and departed wife “who always lit the main light” and who died February 12th, 8 am … I trust and hope that tonight our good Redeemer has transferred and promoted her to attend an eternal light in heaven which may be our constant guide here on earth and when our allotted days are exhausted that we also may find favor in the eyes of God and be allowed to follow its rays into Eternal happiness to again meet to part no more.

“Two are better than one because they have a good return for their labor” Ecc. 4:9 NIV