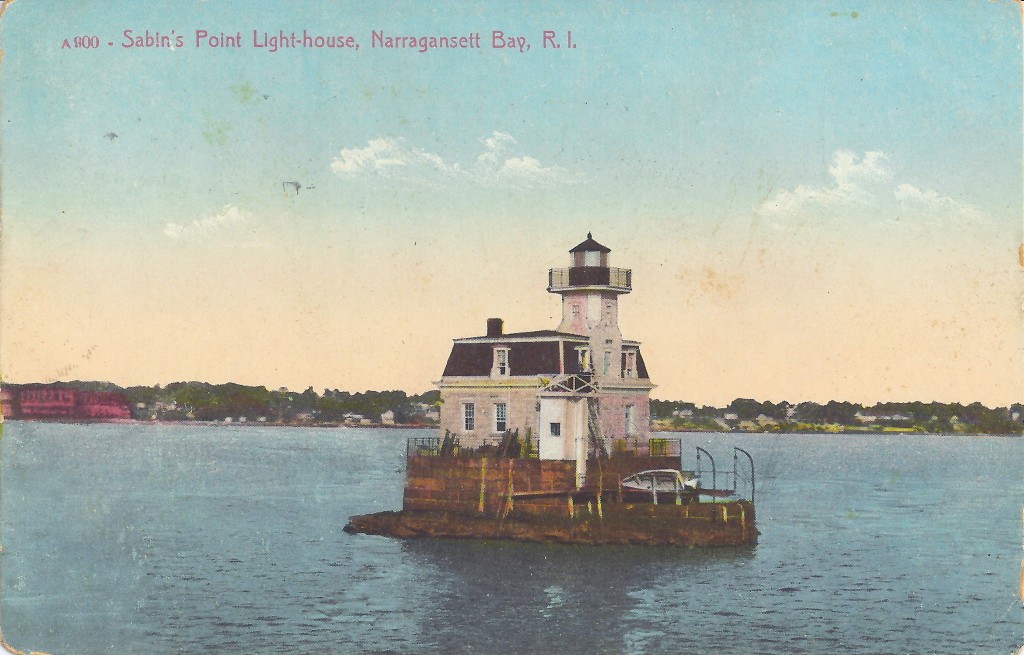 Charles Whitford became keeper at the Sabin Point Lighthouse in 1916, and moved his wife Annie and three daughters, Eleanor, Myrtle and Lillian, into their new home in the middle of the Providence River.

When the girls reached school age, their father rowed them ashore to attend school in East Providence, Rhode Island.

So it was no different when the girls were old enough to date. Keeper Whitford rowed the girls to meet their dates waiting on shore. Most of the time, the girls arrived soaked from splashing waves.

George Corbishley had his eyes set on Myrtle, and he was determined to win her heart. At evening, he would sit on the shore watching the lighthouse flash across the water, anticipating the next time he’d see her.

Not content with waiting for Keeper Whitford to bring his daughter ashore, George began to visit her by paddling across the river in a rowboat. Myrtle had other admirers as well, who soon followed suit and called on her by boat also. However, George won out over his rivals by weathering storms and rough water and never failing to arrive for a date.

In 1932, 18-year-old Myrtle married George at the lighthouse. 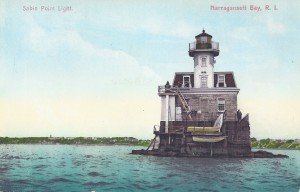 About fifty guests arrived by rowboat and powerboat to attend the ceremony which took place in the home’s living room. A wedding breakfast and cake were served on the lighthouse pier, and the fog bell was rung to celebrate the occasion. Afterwards, the bridegroom rowed his bride to the mainland “over confetti-strewn waters while steamer whistles saluted them.”

“What a person desires is unfailing love” Proverbs 19:22a