Love Signals from the Lighthouse

Home » Love Signals from the Lighthouse
Previous Next

Love Signals from the Lighthouse 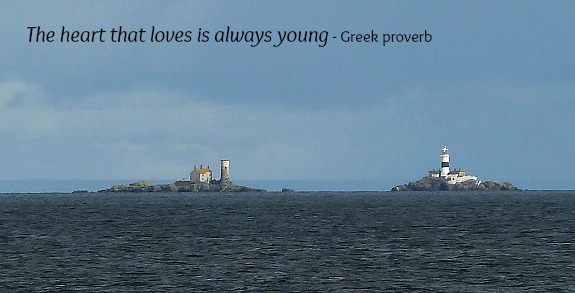 Where did a young person who lived at a lighthouse meet other young people? How did they find someone to date, fall in love with, and marry?

Off the coast of Northern Ireland lies a group of islets, marine hazards since the early days of shipping.

The two largest islands, about half a mile apart, are called The Maidens, and in 1829, a lighthouse was built on each one.

Hugh Redmond, lighthouse keeper at one of the lighthouses during the 1800’s, had a daughter. When the daughter met the assistant keeper at the other Maiden lighthouse, it was love at first sight. The young couple visited each other by boat if possible, but many times they couldn’t. Still, the need to communicate was strong. So how did the young couple speak to each other across the water before the invention of cell phones? 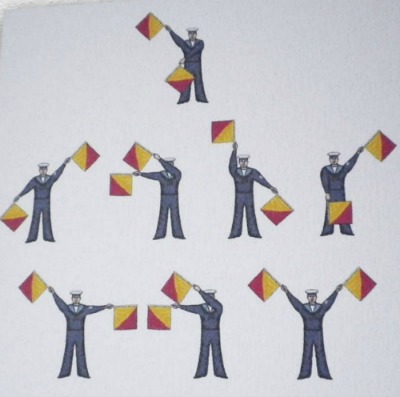 I LOVE YOU in Semaphore

Semaphore, the system of signaling with flags, was the only way. The couple became known as the “Maidens Lovers” and signaled their messages of affection from one island to the other. However, legend says that the parents disagreed about the romance and tried to end it. But love couldn’t be kept apart, so the couple eloped and married.

Apparently, semaphore was used in the courtship of another couple, Pauline Fitzgerald and Larry Butler. Both of them came from lightkeeping families, and when Pauline’s father was stationed on Eagle Island, she met young Assistant Keeper Larry. Soon the attraction grew to the point that Pauline’s father noticed it and sent her back to Dublin where she was to continue her nursing career.  But Larry couldn’t let her go, followed her and proposed. Then they too, eloped.

What happened to Pauline and Larry? They became parents to fifteen children and served at several Irish lighthouse stations. At Galley Head Lighthouse, Pauline became Assistant Keeper. Two of their children continued the family tradition and became lightkeepers too.

So how will you tell your sweetheart how much you care for him/her this Valentine’s Day – with a card, flowers, an email, a text? How about semaphore? 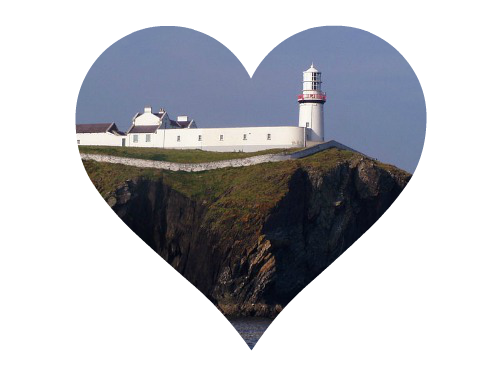 Thank God for the gift of love!

Dear friends, let us love one another, for love comes from God. Everyone who loves has been born of God and knows God.” 1 John 4:7