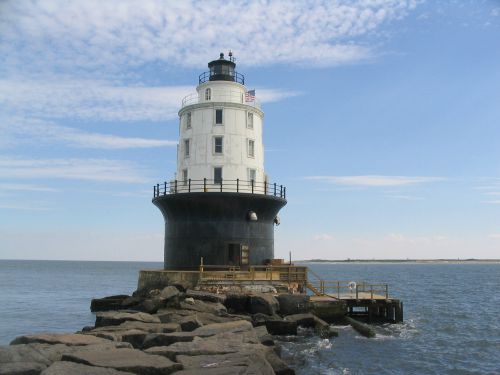 For Bob Trapani, his lighthouse passion began with the Harbor of Refuge Lighthouse off the coast of Delaware. Bob and his family had vacationed in Delaware for years, and while there, he was attracted to the lighthouse which sat deteriorating at the end of a crumbling breakwater. After joining lighthouse organizations in New Jersey, Bob discovered there was no such organization in Delaware, so in 1998, he co-founded the nonprofit Delaware River & Bay Lighthouse Foundation. Securing a lease from the Coast Guard, the group raised funds to begin restoration of the Harbor of Refuge.

In 2005, Bob left the organization to become Executive Director of the American Lighthouse Foundation (ALF) in Maine. The ALF is comprised of the home office (located at Owls Head Light Station in Maine) and ten hardworking chapters located throughout New England. The organization is presently the steward of thirty-five (35) historic lighthouse station structures…17 lighthouses, 5 keeper’s houses, 9 oil houses, 3 boathouses and 1 whistle house. 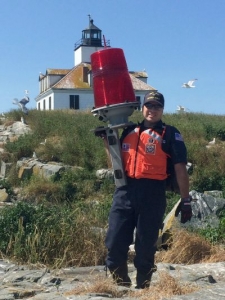 Bob Trapani at Egg Island, ME

During the past twenty years, ALF has invested over $3.5 million dollars into lighthouse restoration and its volunteers have contributed over 25,000 hours of time (and skill) to the cause. Bob is very proud to be part of this grand team effort, a great example for other lighthouse organizations to follow.

Bob has several favorite lighthouses: Harbor of Refuge in Delaware, Boon Island and Owls Head in Maine. But his favorite is Matinicus Rock 25 miles off the coast of Maine – the epitome of isolation. Due to its location, powerful storms have pounded the rock, and few people have ever seen it, yet some amazing lighthouse stories took place there, including the ones about Abbie Burgess. Bob is also fond of the island’s current inhabitants – Atlantic Puffins and Terns.

Bob has had many memorable experiences at lighthouses as a lighthouse preservationist and lighthouse technician with the US Coast Guard Auxiliary. However, his role as project manager for the restoration at Pemaquid Point Lighthouse in Maine, overseeing the funding process that enabled the group to carry out a complete restoration, was most rewarding. The image of Pemaquid Point adorns the Maine state quarter, and over 30,000 visitors climb the lighthouse each year, seeing first-hand what a team effort can accomplish in lighthouse restoration. 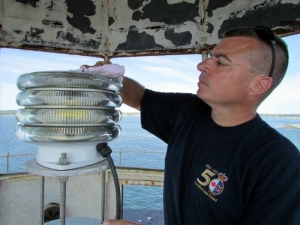 Bob Trapani in the lantern room at Whaleback Lighthouse, ME

For his efforts, Bob has been awarded the Freeling Hewitt Preservations Award, the Meritorious Service Award from the US Coast Guard, a USCG Letter of Commendation for his aids to navigation work, and Operational Excellence recognition from the admiral of the Coast Guard’s First District for his work as a lighthouse technician.

Bob says, ““Lighthouses cannot be saved by one person alone – but one person can be the spark that rallies a group of people together for a mutual cause like lighthouse preservation. The preservation needs of lighthouses, which really never end, are much larger than any individual, but if a passionate and dedicated group of people band together at any given lighthouse, great things are not only possible, but also within reach if we never give up. What’s cool is that lighthouses have always been about people – and this remains unchanged! The greatest reward is found in serving side-by-side with others as we endeavor as a team to keep the lights.” 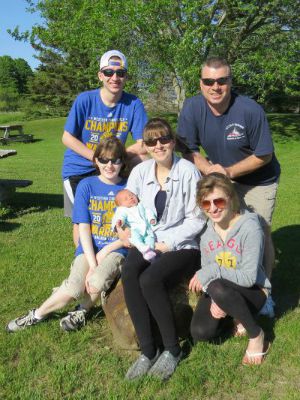 Bob resides in Maine with his wife of 23 years, Ann-Marie and their four children.