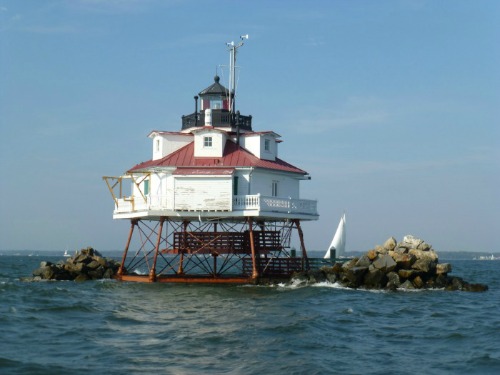 When Donna Suchomelly fell in love with lighthouses, she fell head over heels.  She says her love for them grew from being a casual observer to a growing curiosity, followed by an obsession.

It all started when Donna and her family kept “running into” lighthouses on their vacations. During a dark period in her life, the lighthouse’s guiding light symbolized safe harbor to her. She started to read about them and study their history, and as she did, she realized how important it was to preserve them.

She joined the United States Lighthouse Society (USLHS) so she could get copies of their magazine, The Keeper’s Log.  At the same time, her husband Jeff got the “lighthouse bug” and they began to plan their vacations around seeing them.

When she read about a new group called the World Lighthouse Society, an international organization for the preservation of lighthouses, she joined it, excited to receive the “Lighthouse Encyclopaedia” CD-Rom they gave to members.  Within a year, Donna became their newsletter editor and has held that position since 2004.

Donna and Jeff decided it was time to help lighthouses in their own country as well, so they joined the Chesapeake Chapter of the USLHS and started volunteering for their Lighthouse Challenge. They also joined their hands-on lighthouse preservation work crews.

When asked which lighthouse is her favorite, she usually says “the last one I visited,” because she loves them all. However, two are very close to her heart: Turkey Point and Thomas Point Shoal, both in Maryland on the Chesapeake Bay.

Many years ago she and her husband stumbled upon Turkey Point while camping nearby.  When they first saw it, it was almost hidden by trees and vegetation and looked very deserted and unloved.  Over the years, they’ve been delighted to see it restored and become a popular tourist attraction. 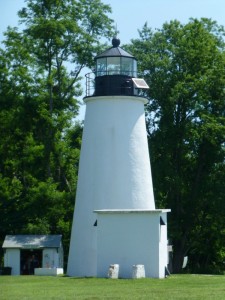 When Donna first saw the lighthouse, it wasn’t yet open to the public and the cost for tourists to take a cruise out to it and climb it was more than she could afford. So she and Jeff volunteered to work on it just so they could see it, thinking it would be a one-time venture.  But once they got there, they were hooked. She’s lost track of how many times they’ve been out to the lighthouse since. Thomas Point Shoal was the first of many lighthouses she and Jeff have helped preserve.

Donna’s achievements with lighthouses are many: Editor of the World Lighthouse Society’s Newsletter 2004 to Jan. 2015. U.S. Representative, WLS Executive Board 2004 to present. She’s written numerous articles for the WLS Newsletter, the USLHS Keeper’s Log and the CCUSLHS Chesapeake Lights. She was Vice President for Preservation of the CCUSLHS from 2009 to 2012. Donna has also completed training with the National Park Service Historic Preservation Training Center in 2005. In addition, she belongs to the National Lighthouse Museum and the Great Lakes Lightkeepers Association.

As far as Awards go, Donna says “none.” However, she prefers to speak about Rewards, of which there are countless, not the least of which is knowing a certain little lighthouse will continue to beam its light across the Chesapeake Bay due to a group of preservationists that she was part of. 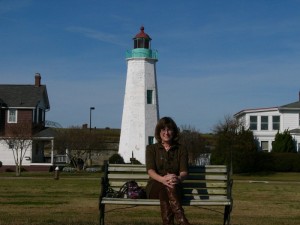 She’s been honored to represent the WLS at functions in the United States and the United Kingdom. As a member of the WLS, Donna has visited lighthouses in England, Scotland and Wales, some which are not open to the public. In her position as editor, she’s been invited to visit lighthouses all over the world, although she hasn’t seen them yet. She has seen, however, 45 lighthouses in the UK, 15 in Canada, and 211 in the U.S.

Donna has a favorite quote that represents her feelings about lighthouse preservation:

Nobody made a greater mistake than he who did nothing because he could only do a little. Edmund Burke 1729-1797. 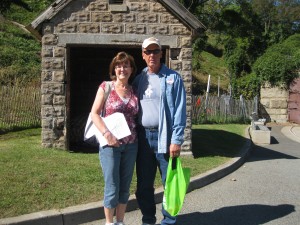 “Everyone who loves lighthouses has something they can contribute toward preserving these monuments to our maritime heritage. Don’t make the mistake of doing nothing because you can only do a little. Our lighthouses need you, and speaking from experience, you will never regret giving back to them!” Donna Suchomelly