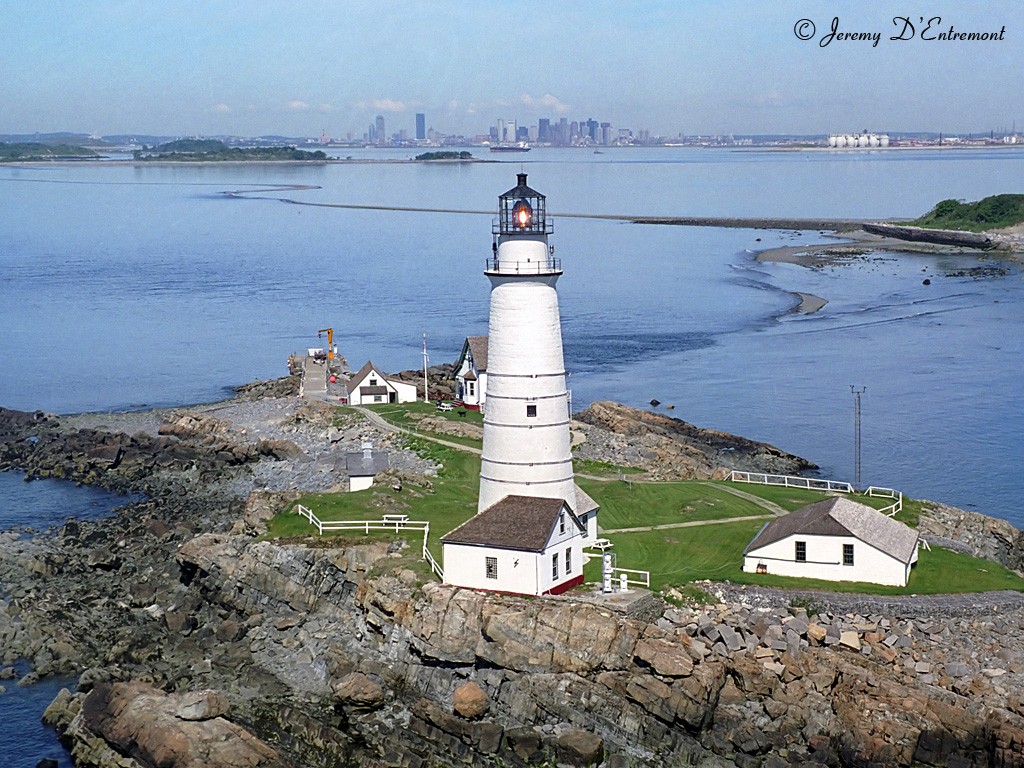 Millions of people love to look at lighthouse pictures. A portion of those people actually get to visit a lighthouse in person. But most of these lighthouse lovers don’t realize the pictures and often those lighthouses themselves wouldn’t be there to enjoy unless someone photographed them or preserved them.

This year, I’ll be featuring “Lighthouse People” once a month on this blog. These are people who are actively involved with lighthouses, either in lighthouse preservation, as writers or photographers. I’ll hope you’ll enjoy meeting these people who inspire me.

If you want to know about lighthouses in New England, the man to ask is Jeremy D’Entremont.

A native of Massachusetts, Jeremy grew up on the coast near Boston where his love for lighthouses was inspired by the famous historian Edward Rowe Snow and his fascinating stories about lighthouses and the sea. When Jeremy worked in television, he produced an award-winning series about Snow’s life, which further “hooked” him, and soon he was giving tours at Boston Light.

The beauty of lighthouses captivated him and he became an avid lighthouse photographer. But as he learned about the human history of the lighthouses – the keepers and their families, he became involved in their preservation. He has authored over fifteen books and hundreds of articles on lighthouses and maritime history, founded Friends of Portsmouth Harbor Lighthouses, and is the historian of the American Lighthouse Foundation.

One of his most memorable experiences was when he flew in a helicopter with a Coast Guard friend to Grave Light in Boston Harbor when it was being converted to solar power. They landed on a tiny platform on the side of the tower, then climbed a 30-foot ladder to get to the doorway. Afterwards, they hovered over Boston Light where he was able to take some fantastic aerial photographs. 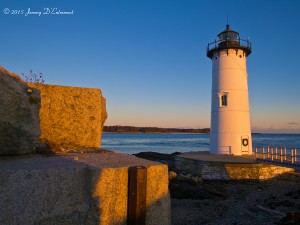 When asked to name his favorite lighthouse, Jeremy can’t point to only one. He’s personally involved with the preservation of Portsmouth Harbor Light and Whaleback Light, but Boston Light has a special place in his heart for its beauty and history. He also loves the beauty of Portland Head Light and Permaquid Point Light and the architecture of New London Ledge Light and Block Island Southeast Light. For dramatic history, he loves Minot’s Ledge Light and Boon Island Light.

Jeremy has appeared on the History Channel, Travel Channel, PBS and other television programs talking about lighthouses and has given over a hundred lectures about them. His company, New England Lighthouse Tours, offers a variety of minivan tours to lighthouses. It’s based in Portsmouth, NH, and the primary season is late May through October. The schedule and itineraries can be seen at http://www.newenglandlighthousetours.com. In addition, he sometimes serves as narrator for lighthouse cruises, and as a guide on bus tours. His website,   http://www.newenglandlighthouses.net, is a wealth of information about lighthouses in the area.

Jeremy says, “Lighthouses are a window to our maritime history and also a window to the positive aspects of the human soul. They are one of the most positive symbols in our culture, built for no other reason but to save life and property. They’re a very special class of historic buildings. 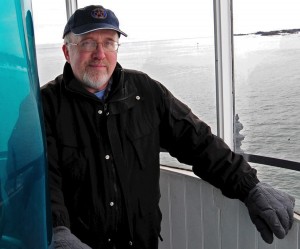 Everyone who has been moved by a lighthouse in some way needs to pitch in to help with their preservation. Some of our lighthouses are threatened by neglect, and saving them is going to be a challenge in the coming decades.”  For that reason, Jeremy speaks to schools to get more young people interested in lighthouses.

Thank you to Jeremy D’Entremont for his part in saving our country’s lighthouses.

“Remember the days of old; consider the generations long past.” Deut. 32:7 (NIV)