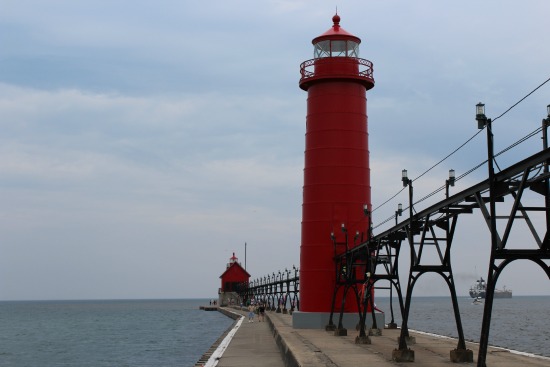 Terry Pepper stands on the top deck of the lighthouse cruise boat and points to his head. My dad used to tell me “It makes no sense to put something in there if you don’t share it with other people.”

And Terry’s been sharing what he’s learned about lighthouses on the Great Lakes for over twenty-five years. His passion for lighthouses began on a fishing trip to Michigan in 1989 when he saw South Haven Lighthouse along his route and stopped to walk out the breakwater. He was smitten with lighthouses on the spot and scrapped his fishing plans, deciding to travel the coastline in search of more lighthouses.

However, when he searched libraries and bookstores for more information, he found very little. Even the Internet at that time lacked information. Soon he was spending hours of his free time traveling to lighthouses and researching them in museums, libraries and archives to discover more about the structures and the people who served at them.

Following his father’s advice, Terry decided to share what he learned by creating a website called “Seeing the Light.” Other lighthouse enthusiasts, as well as those who had served at them, contacted him and shared information. As his knowledge grew, Terry’s acquired the reputation of being a lighthouse expert. 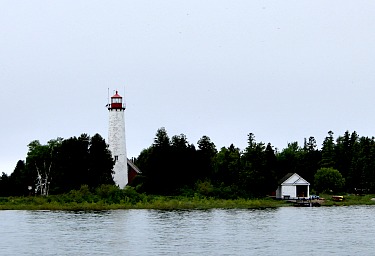 When Sandy Planisek with the Great Lakes Lighthouse Keepers Association emailed him with questions about the Cheboygan Crib light and discovered Terry enjoyed woodworking, she suggested he make some historically accurate screen doors for the St. Helena Island Lighthouse the group was restoring. Terry agreed, and when he installed the doors on the old structure, he felt a connection to the last keepers who’d left the island in 1921 and realized he was “shaking hands with history.”

Terry was asked to serve on the association’s board of directors in 1999 and in 2007 was hired as its first executive director, a position he proudly holds to this day. In this role, he oversees all phases of the operation, including its lighthouses on St. Helena Island and Cheboygan. In addition, Terry advocates for lighthouse preservation and speaks on lighthouse history throughout the Great lakes, as well as, serving as tour guide for lighthouse cruises in the Straits of Mackinac and elsewhere during the summer. Terry’s writing and lighthouse photography have been featured in numerous publications. 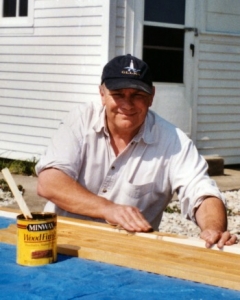 One of his most memorable lighthouse experiences happened when he accompanied a group of scientists to Stannard Rock Light in Lake Superior, the lighthouse farthest from shore of any in the country. While the scientists set up their equipment on the lantern, Terry took a flashlight and explored the rest of the structure, descending to the lowest level of the lighthouse’s foundation, two floors below the surface along damp, twisted passages. His only light source was the tiny flashlight in his hands. Curious to see just how dark it was without the flashlight, he clicked it off and was plunged into total darkness. Turning the flashlight back on, Terry felt the relief that mariners lost at sea experience when they saw the light of lighthouses revealing their locations. 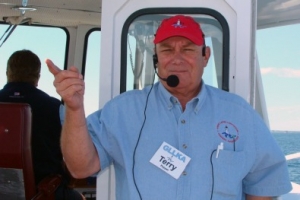 Terry knows from first hand experience that the restoration and preservation of lighthouses is a daunting and expensive undertaking. However, he hopes that all lighthouse lovers will take the time to support the preservation groups that are trying to save our lighthouses. Terry says, “Whether by volunteering your time or skills or by placing dollars in a lighthouse donation box, they need every bit of help we can give.”

Thanks, Terry, for your efforts to preserve our lighthouses.