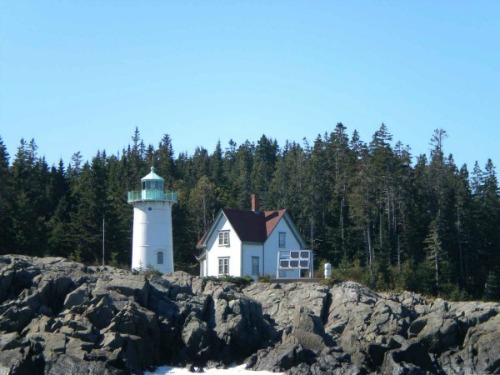 Many years ago, a little boy sat on a pier with his bamboo pole and fished in the water next to the Holland Harbor Lighthouse, known as “Big Red.” Little did he know then that his relationship with lighthouses would become a full-fledged passion decades later when he met Ken Black, a retired Coast Guardsman, who founded what became the Maine Lighthouse Museum. 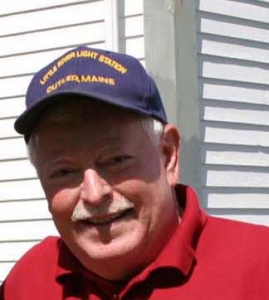 Timothy Harrison has poured his heart into lighthouses. In 1992, he and his wife Kathleen Finnegan founded Lighthouse Digest magazine, dedicated to preserving lighthouse history. The publication and its online website, LighthouseDigest.com, provide a wealth of information about lighthouses past and present and the keepers who maintained them. His “Doomsday List” of endangered lighthouses in each issue has alerted the public to the possible loss of these historic structures and helped save many of them.

Another favorite of Tim’s is Pemaquid Point Lighthouse because of its beautiful location, and Holland Harbor, where his connection to lighthouses began. 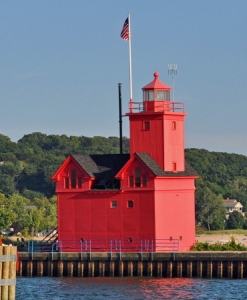 Tim has received many awards for his efforts, but his most memorable moment was at the Grand Opening of the Museum of Lighthouse History in 2005 when Rear Admiral David Pekoske, commander of the First Coast Guard District, presented him with the United States Coast Guard’s Meritorious Public Service Award and Medal.

His biggest concerns now are saving the Maine Lighthouse Museum in Rockland, Maine, and stopping what he calls “fragmentation in the lighthouse community.” He also hopes that more people than ever will attend the 20th Annual Great Lakes Lighthouse Festival in Alpena, Michigan, this year.

Tim would like to see National Lighthouse Day become official and see the Post Office issue postage stamps honoring the US Lighthouse Service and some of the more notable keepers.

My primary mission for the past 25 years has been to locate, save and document the memories and stories of the people who once lived at lighthouses, so that they can be saved for future generations.

Thank you for pursuing your mission, Tim, and for all the lighthouses you’ve saved.