Message From The Lighthouse

Home » Message From The Lighthouse
Previous Next

Message From The Lighthouse 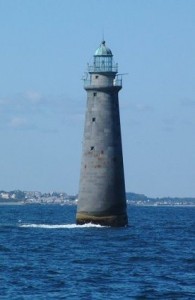 “There it is!” She pointed to the lighthouse out in the water.

“See. I told you.” He nodded and hugged her closer.

“What do you mean?” She looked up at him.

“Count the number of flashes in the sequence.”

“One – four – three! If they were the number of letters in words, what would it spell?”

No one knows who was the first to name Minot’s Ledge Lighthouse the “I Love You” lighthouse, but it’s been flashing the same sequence of numbers, 1-4-3, since 1894. As a result, seeing its light has been a romantic activity for couples over the years.

In fact, when the US Coast Guard wanted to change the pattern not too long ago, local citizens caused an uproar. Having the “I Love You” message from the lighthouse meant too much for them to lose it.

I can’t help but see the similarity between the message of the light from the Minot Ledge lighthouse with the light from the star the wise men followed. It was their sign from God that the Messiah had been born. That Messiah, the baby Jesus, was the light of the world. He was God’s gift to mankind because of God’s love for us. In essence, the star announced “I Love You” to the world.

Let the love of God fill you with His love and His light this Christmas.

“For God so loved the world that he gave his one and only Son, that whoever believes in him shall not perish but have eternal life.” John 3:16