Moving Day at the Lighthouse

Home/Lighthouse Blog Category, Uncategorized/Moving Day at the Lighthouse
Previous Next

Moving Day at the Lighthouse 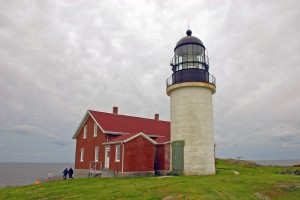 Thank God the water was calm.

Lydia grabbed the hands of the two men in the ship and allowed them to help her step down onto the deck. She scanned the horizon, relieved that no clouds were in sight.

The boat taking Lydia and her husband to his next lighthouse assignment was smaller than she’d hoped, but with good weather, the ten-mile trip shouldn’t be unpleasant. While her household belongings were loaded onto the boat, she glanced back at the place where they’d lived the past eighteen months.  Home. But not anymore. Today, she’d go to another place to call home.

She sighed. Such was the life of lighthouse keepers and their families. Moving was part of the job. People were promoted, retired or reassigned, and others had to take their place. She tried to squelch the remorse of leaving and the fear of going to a strange place.

Soon her former home was out of sight. They passed small islands to the east, then wove their way north along the Maine coast. Other lighthouses on other islands came into view. Lydia waved as the boat went by, imagining someone waving back, bidding her goodbye and a safe journey.

For the first three miles, the trip was pleasant. Then the boat turned out to the open water of the Atlantic. Lydia’s new island home was still out of sight when the sea changed its personality. The waves began to pitch and turn, tossing the boat up and down. The wind screamed and howled as water crashed over the stern. Lydia was soaked to the skin before her husband took her inside the cabin.

She was terrified, convinced she’d never see land again. She became seasick and sat on the floor of the cabin, which was easier than hanging onto the bed. How long would this nightmare last? Lydia was exhausted when the boat finally steadied. Her husband came to get her and as she stepped back outside, she got her first glimpse of their new island and the lighthouse perched at the top.

It was low tide when they reached the dock, and Lydia mustered all her strength to climb up the ladder from the boat. But the prospect of being on solid land again was enough motivation.

Next came the task of unloading her possessions. Everything she owned was on that boat and had to be lifted by a crane onto the dock. She held her breath and wrung her hands as she recognized each crate. There was the one with her grandmother’s china. She prayed it hadn’t all broken during the tumultuous ride and breathed a sigh of relief as each box was raised and placed on the dock.

The last piece was her piano, the most valuable item she owned – not so much for its monetary worth, but for the family memories it represented. She gasped as it swung back and forth through the air, the ropes which held it letting it dip precariously toward the water. Not able to watch, she closed her eyes.

“I’ve got it!” A man’s voice nearby dared her to hope. She turned to watch as two men on the dock steadied the instrument and safely lowered it onto the platform.

Lydia’s husband scurried up the ladder, smiling. “That’s everything!” He clasped her hand. “Are you ready to see our new home?”

“I’ve been ready since we left the last one,” she said, and they headed to the keeper’s house at the top of the hill.

At this time of year when schools are out, people are moving from one place to another. As part of the Coast Guard, light keepers were transferred to new assignments quite often. Families were uprooted and possessions moved or stored.

It’s a time of change, a time of mixed emotions. So how does one cope with this challenge?

“Be strong and courageous. Do not be afraid; do not be discouraged, for the Lord your God will be with you wherever you go.” Joshua 1:9