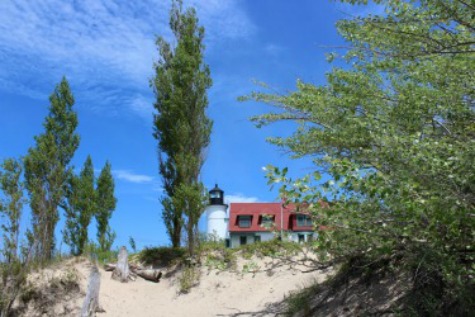 Doc Alonzo Slyfield buttoned up his coat, put on his wool cap and strapped his snowshoes to his back. Picking up his medical kit, he told his teenage sons, “If I’m not back by dusk, you boys make sure the lighthouse lamps are lit.”

Charles Slyfield and his brother Edward nodded. They knew what to do. They’d done it before when their father the lighthouse keeper at Point Betsie, didn’t make it home soon enough from a medical call. 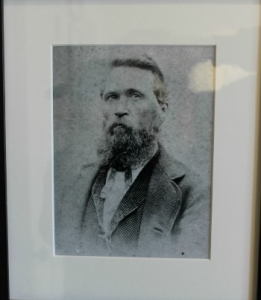 When Alonzo Skyfield first became a lighthouse keeper in 1853 at South Manitou Island in Lake Michigan, he gave up his medical practice and drug store for a salaried position. Like many medical practitioners of his time, he never received a formal education. However, he pursued his interest in medicine by studying books and learning from local Native Americans, treating his patients’ injuries and illnesses as best he could.

By the mid 1860’s, Alonzo decided to resume his medical practice to help citizens of the county. His kit included tooth-pullers for dentistry and sutures for sewing up wounds – whatever the treatment called for. He continued to fulfill his duties at the lighthouse, as well as, make numerous trips inland to treat the poor, ill homesteaders who lived in houses which offered inadequate protection against the bitter cold winters.

His journeys to these patients were challenging as he followed the shoreline of Lake Michigan several miles north to Otter Creek, then strapped on snowshoes to walk through the back country in four-foot-deep snow.

Years later, his son Charles recalled, “I have heard him tell of wading the Platte River eighteen times one winter and standing on the ice to dress himself.”

Did Alonzo make enough money from these patients to justify the effort? If not, why did he do it?

Perhaps Charles explained it best. “He never got very much for his services as the people were too poor to pay much, but I suppose he had the consolation that he had done some good. Surely these people would have suffered more had it not been for him.”

“Let us not become weary in doing good, for at the proper time we will reap a harvest if we do not give up.” Galatians 6:9

Have you ever done something for someone without expecting payment? Are you satisfied with doing good for others without reward? 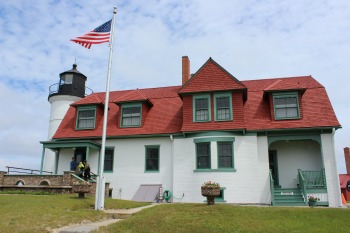