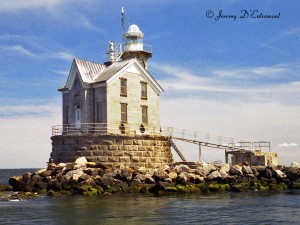 A new year begins offering hope for a better year than last as we make resolutions for self-improvement and fresh starts.

There are lighthouses that could use the same. Each year, the federal government adds some lighthouses to their list of “excess” property. These properties are offered to nonprofit organizations first and will be given to the organizations that meet the criteria for the application. The applications require the recipient to make improvements and maintain certain standards. Because of the responsibility and financial obligation that are necessary to meet the standards, many nonprofits such as municipalities aren’t able to take on the obligation.

These properties are then offered for sale and a public auction is held. The responsibility is great for a private buyer as well. Few can afford the time and money involved to repair or renovate the properties. 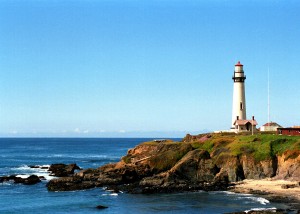 There’s another list called “The Lighthouse Digest Doomsday List.”  Created by Lighthouse Digest magazine in 1993 “in an effort to draw public attention to lighthouses that were endangered or being lost forever.”  Some of these are in remote locations not easily accessible, or are threatened by erosion. Some suffer from years of neglect.

But there is hope. There are organizations who have stepped forward to save some of these, like the St. George Light Association, which collected the pieces of the Cape St. George Island lighthouse which had fallen into the Gulf of Mexico and rebuilt it in a safer location.  Other examples of rescued lighthouses are the Little River Lighthouse in Maine, the Cape Hatteras Lighthouse in North Carolina, which was physically moved away from the sea, and recently, the Cape San Blas Lighthouse, which was also relocated, to name a few. 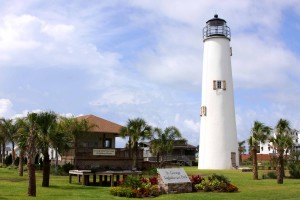 And there are individuals with a passion to preserve lighthouses such as Nick Korstad and his parents who bought the Borden Flats lighthouse and have renovated it into a beautiful place for an overnight stay. Thanks to people like Nick, who is willing to share what he learned from his experience, other prospective owners can find advice on renovating lighthouses. 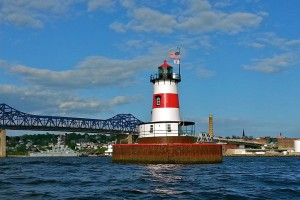 So there’s still hope for the future for many lighthouses today. Thanks to people like Tim Harrison at Lighthouse Digest for making so many of us lighthouse lovers aware of the need to preserve this important part of history.

Need a New Year’s resolution? Find a lighthouse to support – either by volunteering, if one’s nearby, or financially, if you can.