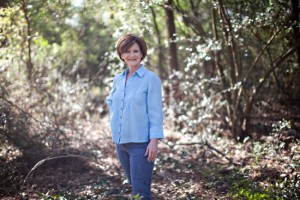 DiAnn Mills knows how to write a book. In fact, she’s had over fifty books published since her first book in 1998.

Her passion is encouraging new  writers, and she carries out that passion through teaching at conferences and as a Craftsman mentor for Jerry B. Jenkins Christian Writers Guild. In addition, she’s won a dozen awards for her books, including the prestigious Christy award twice.

Of course I knew none of that when I first stumbled into her class at the Blue Ridge Mountains Christian Writers Conference. The class was “Writing Romance That Sells,” and it was my first step towards writing a novel. Her enthusiasm and warmth embraced each of us aspiring authors, communicating a wealth of information during the four-day class – far more than my little head could grasp.

When I had an appointment with her, I tentatively showed her the first fifteen pages of my novel, which was all I had written at that point. She didn’t have time to critique everyone’s manuscript on the spot, but she took one look at the first page and suggested another beginning, which was much more attention-getting. I’m convinced that using her suggestion has helped me to garner more attention from agents and editors I’ve met with since.

Later, when I joined American Christian Fiction Writers, I learned that she was a founding member. How humbled I was to know this lady had spent one-on-one time helping me, as well as, countless others.

Then, to raise her pedestal even higher in my eyes, when my book club read one of her books, she offered to call us during our meeting. The club members were impressed, to say the least, by her genuine interest in sharing with us.

Thanks to DiAnn’s inspiration and mentoring, the idea that I might be able to write a novel was nurtured. I am blessed to have met her and felt her support.

“Whether you turn to the right or to the left, your ears will hear a voice behind you, saying, ‘This is the way; walk in it.’” Isaiah 30:21