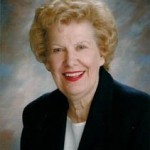 Along this writer’s path, there have been people who pointed the way to go. These are the experienced writers who have generously given of themselves to help those of us following behind. Without their help, I’d be lost in a sea of searching scribes, treading in a whirlpool of confusion. I want to take this opportunity to thank those people who have helped me thus far.

The first writer’s conference I ever attended was not too far from my home, so at least I wasn’t geographically lost. However, once I entered the conference, I was on foreign soil. Those of us new to the experience had big question marks virtually embedded in our faces. Looking over the scheduled workshops, we asked each other for advice on which ones to attend.

Once we decided on a clsss, we scrambled through the hotel looking for the appropriate rooms, often running into class late which increased our embarrassment. Trying to find a seat quietly and as far from the front as possible, we struggled to understand what the instructor was saying. We heard strange words as though we were in a foreign language class. I remember taking notes, but unsure even about the spelling of these words. Words like “genre,” “platform,” “trade books,” and “mass market,” were part of the new language. I didn’t dare ask what they meant.

I chose a “Writing for Children” class taught by Annie Laura Smith, hoping writing for children would be the easiest way to embark on my writing journey. Mrs. Smith said that writing children’s books was a genre. At this point, I had only written devotionals for adults at my church, so I wondered if I had to give up one to pursue the other. After class I approached Mrs. Smith and told her my dilemma about not knowing what my genre was, since it seemed I had to choose just one. She graciously answered my questions, and I was pleasantly surprised to find out she had written in a variety of genres – magazine articles, young adult fiction, textbooks, book reviews, devotionals, and even a history book about her church. It was freeing to know I didn’t have to concentrate on just one genre, or that I could even change my mind about which one I wanted to focus on.

I discovered that she was one of the instructors for the Institute for Children’s Literature, which I had considered. As a result of meeting Annie Laura, I registered for one of the courses. After I emailed her with the news, she asked the Institute to be my instructor. I worked with her via email, and she always encouraged me when editing my lessons. When I told her I was going to attend the Blue Ridge Mountains Christian Writers Conference, I asked her if one of my stories was good enough to pitch to the Focus on the Family’s Clubhouse editor who was going to be there. She assured me it was and encouraged me to do so. With her support, I followed through. Clubhouse liked the story and it was published in the magazine a year later.

After I finished the course, I kept in touch with Annie Laura, telling her about my subsequent successes. She always sent me a note of congratulations and told me she was delighted with my accomplishments. It was nice to have someone in my corner, someone I had met in person who gently pushed me along the path. I will always remember Mrs. Smith as the first person who helped me on my journey.

“Whether you turn to the right or to the left, your ears will hear a voice behind you, saying, “This is the way; walk in it.”  Isaiah 30:21