Home » Special Mission for a Lighthouse Tender
Previous Next 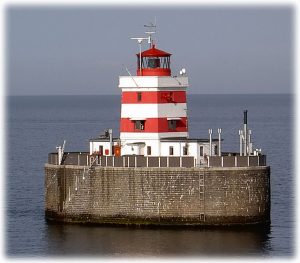 A lighthouse tender is a boat that brought supplies to lighthouses. For many of those who served at lighthouses, the tender was their main connection to the rest of civilization, greatly anticipated and vastly appreciated. The tender not only brought food and supplies for the lighthouse and the people stationed there, it also brought magazines, books, newspapers, and mail that linked them to the outside world. Many of these lighthouses were not land-based and the only people who ever visited were those who worked on the tenders.

In 1943, the Germans occupied Denmark. Ferdinand Duckwitz, a German businessman in charge of naval matters in the country heard about the Nazi’s plan to round up the entire Danish Jewish population and deport them to concentrations camps outside of the country. When he told the Danish public, many citizens of Denmark decided to oppose the plan and do what they could to stop it from happening. Even though helping “fugitives” endangered them, resistance groups up to help the Jews escape.

The Gerda III was a small oak and pine work boat that was built by the Danish Lighthouse and Buoy Service to carry supplies and men to and from the Drogden Lighthouse. Based in the fishing village of Gilleleje, the Danish shore was only eleven miles from Sweden, a neutral country.

To rescue the Jews, a flotilla of fishing and cargo vessels assembled to smuggle the refugees to safety across the Oresund Strait. The nineteen-year-old daughter of the Gerda III’s manager, Henny Sinding, orchestrated the use of the boat to participate in the rescue. 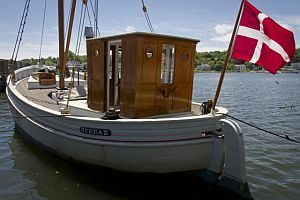 In October 1943, Henny and the four-man crew rescued over 300 people. Henny’s job was to find the Jews and get them to the Gerda III. In her own words, “My task was every evening to look for Jews (that had been hidden by friends and neighbors), to assemble them in groups of twenty or twenty-five, and to guide them to the warehouse, where we hid them. From there they had to cross the quay in the dark to get on the boat…

The Jews we brought passed the night in the warehouse granary, watching for favorable moments to cross the quay. In the warehouse we left them something to eat and drink, and also sleeping draughts to make the children sleep, as it was essential that no noise could be heard by the German soldiers patrolling outside. The boat couldn’t lift anchor until seven o’clock in the morning. When it started its engine, the two Germans on duty came on board to check the papers. They never thought to go down to the hold where they would have found our Jewish guests. Every morning, the crew offered a beer to the two soldiers; they toasted each other and talked about the weather. Then the Germans went back on the quay.” 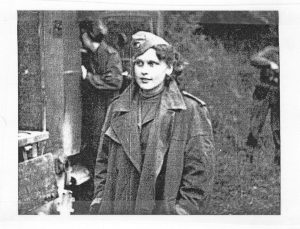 About one-fifth of the Danish Jewish population was saved as a result of Denmark’s brave citizens including a young woman named Henny.

In 1989, the Government of Denmark donated the Gerda III to the Museum of Jewish Heritage in New York City as a gift.  She is currently cared for and exhibited at Mystic Seaport Museum.

“For the entire law is fulfilled in keeping this one command: ‘Love your neighbor as yourself.’” Galatians 5:14