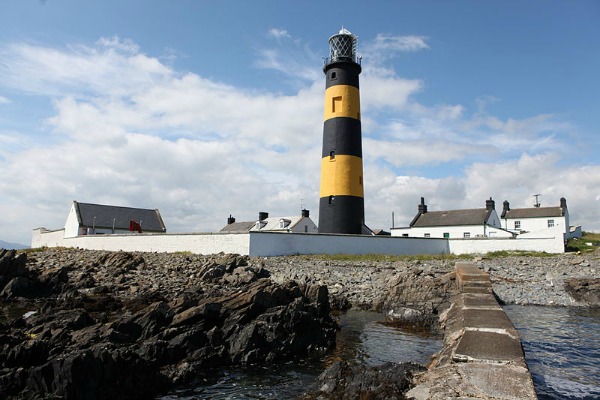 Set near ancient ruins, the lighthouse is located on the most easterly point of Ireland and marks the entrance to Dundrum Bay, an area notorious for the high number of shipwrecks resulting from hidden reefs.

Since its inception in 1839, St. John’s Point Lighthouse has been an important part of Ireland’s history. As the tallest land lighthouse on the Irish coast, the lighthouse served as a marker for the Titanic as it made its trial runs in 1912. 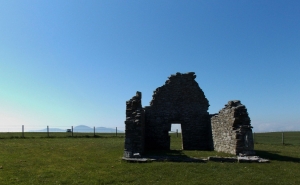 In 1918, the lighthouse witnessed the sinking of a merchant ship after it was torpedoed by a German U-boat.  In World War II, the lighthouse became a temporary home for United Kingdom evacuees, as well as, a military station for British and American troops. The site also housed a camp for German prisoners of war.

The lighthouse was fully automated in 1981, and the keepers were withdrawn. And in 2011, the fog horn was the last in the country to be deactivated.  St. John’s Point has been named one of the twelve Great Lighthouses of Ireland and is one of the most visited by tourists, who can now stay in one of the recently renovated keepers’ cottages.

Recently, the Commissioners of Irish Lights (CIL) proposed replacing the current lamp which rotates in a bath of mercury, citing the dangers of mercury poisoning.  In its place, the CIL wants to put a static, flashing, LED light, a cost-saving measure. Locals intent on preserving the heritage of the lighthouse have begun a campaign to retain the original antique lamp with its sweeping beam. The present lamp is a six ton, first order, two tier rotating Fresnel lens with three panels on each level. The lower tier is the main light while the upper tier is the reserve light. The current range of the light is 25 miles. The range of the suggested replacement will be about 18 miles. 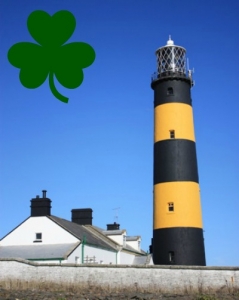 Will progress prevail or will tradition be preserved?

Time will tell whether the lighthouse has “the luck of the Irish.”

“Remember the days of old, consider the years of many generations.” Deut. 32:7a