The Boy Who Wanted a Lighthouse

The Boy Who Wanted a Lighthouse 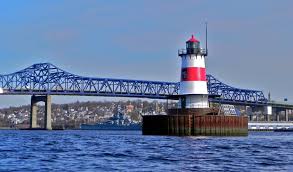 When Nick Korstad was seven years old, he told his parents he wanted his very own lighthouse. At that time, the idea was an unusual desire for a young boy, not to mention, unrealistic.

But when Nick’s family moved near a lighthouse, the desire was reinforced. The more he admired and examined the structure, the more fascinated he became with lighthouses and determined to someday own one.

The National Historic Lighthouse Preservation Act was passed in 2000, and 21-year-old Nick saw his dream closer to becoming reality. The act allowed the federal government to transfer ownership of lighthouses to local governments and nonprofit organizations. Lighthouses not adopted by such groups would be auctioned off to the general public.

Nick researched every lighthouse that was not adopted and wrote the Coast Guard two letters a day inquiring about them. In 2005, he was thrilled to win the bid for a lighthouse three miles off the coast of Virginia. However, at the time he lived in Seattle, and after realizing he couldn’t afford the needed restoration, he reluctantly sold the lighthouse a year later.

Nick didn’t give up on his dream though. Five more years passed before the Borden Flats Lighthouse in Fall River, MA, became available, a lighthouse Nick had wanted since he first heard about it. Nick purchased the structure, sold everything he owned except his car, and moved from Oregon to Massachusetts to take ownership of his lighthouse.

He later said letting go of the first lighthouse was a blessing in disguise, because the distance the lighthouse was from shore made it much more susceptible to damage and more difficult to maintain.

Nick threw himself into the work required to bring his deserted 1881 lighthouse back to livable condition. Hours of peeling, scrubbing, scraping, painting and hammering paid off when he opened the cast iron and brick caisson-style lighthouse to visitors for the first time in August 2013. He now offers public tours and overnight stays to help fund the ongoing restoration. 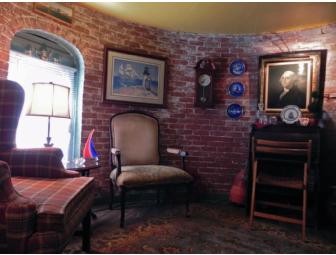 Was it worth it? Even though there’s always work to do to maintain a 132-year-old lighthouse, Nick believes it is. “I never get tired of being here,” Nick said. “I’m really happy.”

“May God give you the desire of your heart and make all your plans succeed.” Psalm 20:4