The General Who Built Lighthouses

Home » The General Who Built Lighthouses
Previous Next

The General Who Built Lighthouses 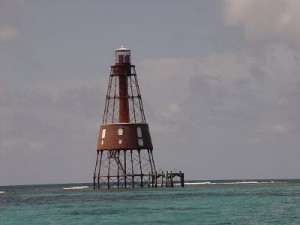 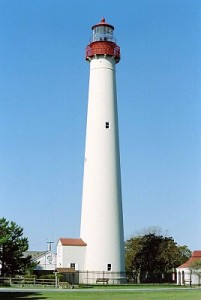 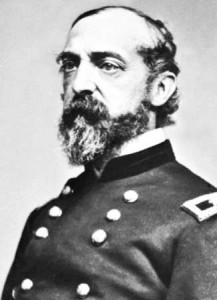 The name of General George Meade is recognized as the Commander of the Union Army who won the Battle of Gettysburg, the turning point of the U.S. Civil War. He was known for his military judgment and tactical decisions, proving his leadership abilities in challenging situations.

Meade’s military success began with his involvement in the second Seminole War and was followed by his performance in the Mexican-American War. When the Civil War began, his division was noted by its victorious track record leading up to his appointment as general.

Yet, before he was a military leader, George Meade was an engineer, like many of his West Point classmates.  In his career with the Army Corps of Topographical Engineers, Meade designed and constructed lighthouses in and around the Delaware Bay, New Jersey, and the Florida Keys.

Meade felt the United States was behind world standards in lighthouse construction and first implemented a design previously used in England called the screwpile lighthouse when he built the lighthouse at Brandywine Shoal, Delaware.

When he was sent to Florida, he adapted the screwpile construction technique to fight the elements of the Florida reefs and the numerous hurricanes.  Under his authority, the Carysfort Reef Lighthouse, the Sand Key Lighthouse, and the Sombrero Key Lighthouse were built.

Returning to New Jersey, he oversaw construction of the Barnegat Lighthouse, the Cape May Lighthouse, and the Rebecca Shoal Lighthouse. The Lighthouse Board was so impressed with his work that he was appointed guardianship over two lighthouse districts.

George Meade had a variety of names he was known for – general, commander, leader, engineer, lighthouse builder, and others.

In the same way, we’re all known by different names to different people – mother, father, daughter, son, husband, wife, teacher, pilot, businessman, etc. So, what’s in a name? What are you known for?

“A good name is more desirable than great riches; to be esteemed is better than silver or gold.” Proverbs 22:1

At this time of year when we look toward Easter, we focus on some of the names Jesus was known by – Rabbi (teacher), Lord (God), Emmanuel (God with us), Christ (anointed one), Redeemer, Messiah (liberator), Savior (one who saves others from destruction).

What name do you call Jesus?