The Legacy of Lighthouses

The Legacy of Lighthouses 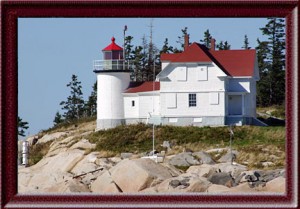 Legacy – something that is handed down or remains from a previous generation or time.

Since the US Coast Guard took over the management of the nation’s lighthouses in 1939, technology has replaced the need for many lighthouses as aids to navigation. The cost and repair of maintaining these historic structures has resulted in their abandonment, placing them on the “excess list,” and doomed them to destruction.

But in the early 1990s, a group of concerned citizens in Maine contacted the US Coast Guard about acquiring the Heron Neck Light to restore the keeper’s house. When the property was transferred several years later, the Coast Guard announced it was going to dispose of seven other lighthouses.

Fearing the loss of these historic buildings mobilized the people of Maine, and groups such as the American Lighthouse Foundation formed. Their goal was to save the nation’s lighthouses by bringing attention to the cause and enlisting community support.

As a result of the work of these organizations, the National Historic Lighthouse Preservation Act was passed in 2000 to “recognize the cultural, recreational, and educational value associated with historic light station properties by allowing these to be transferred at no cost to federal agencies, state and local governments, nonprofit corporations, educational agencies, and community development organizations,” while the USCG continues to maintain the lamps and lenses.

Today, lighthouses that once faced ruin are once again displaying new coats of paint to thousands of visitors who flock to see these icons of yesteryear. Most of these lighthouses have museums that educate and enlighten people about the history of the buildings and the lives of its keepers. Preservation of the past is the key to protecting the legacy of lighthouses, passing down their stories from generation to generation. That legacy is more than information about structures. It is about the characteristics of the keepers – their hard work, unselfish devotion, and heroic deeds. We marvel at the extraordinary acts these ordinary people performed. And this knowledge is worth preserving.

So, what kind of legacy are you going to leave? At your funeral, will anyone speak of your heroic deeds or your unselfish acts? Will your legacy be something you want to pass down?

“His mercy extends to those who fear him, from generation to generation.” Luke 1:50 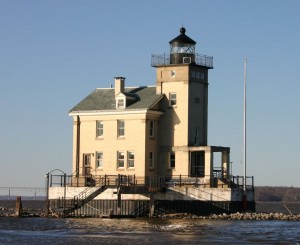