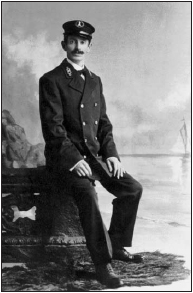 There was no way Lydia was going to marry a seaman.

Her father, grandfather, and uncles had been seamen, and she knew firsthand the fear and loss the families lived with as a result. Her  grandfather and one uncle had been lost at sea, leaving behind grieving  widows and fatherless children. So Lydia decided early on that she would marry someone in a different, safer profession.

Yet when she fell in love with Harold Greene, her resolve was challenged. He had followed in his family’s footsteps by going to sea, doing exactly what Lydia disliked. For months he implored her to marry him, but she refused.

But when he arrived with the news that he had been offered a position as assistant light keeper at a remote lighthouse, Lydia reconsidered.

“You won’t be able to live with me since only men live at Channel Light. But I’ll be able to come home every other week on rotation. At least you’ll know I’ll be safe. And one day, I’ll be promoted to a bigger light with a keeper’s house where we can live together.”

They married, she settling into a small house on the mainland while he served at the light. Money was tight though on the assistant keeper’s salary. One day Harold brought a letter from the Lighthouse Board enforcing the keeper’s uniform policy and stating the penalty for not wearing one. Prior to that, Harold had worn civilian clothes at work.

“I must have the uniform or I may not get promoted or worse yet, lose my job.”

Lydia read the letter, noticing the enclosed circular where the uniforms could be bought. “Why this costs practically a month’s salary! How on earth can we afford that?”

“It says we can have them made anywhere we like, as long as it meets the regulations. You could make it, Lydia. I’m sure you could.”

“But I have to buy material and it will take a lot. That will cost money too.”

Lydia didn’t know how, but on her next trip into town, she stopped at the mercantile to inquire about the price of fabric.

When the shopkeeper heard what she needed, his eyes lit up. “Say, I might have just what you want.”
He reached behind him on a shelf and removed a bundle wrapped in parchment. “I ordered this fabric for another customer several months ago, but they moved away before ever claiming it. If you want it, I’ll let you have it half-price.”

Lydia ran her hands over the navy blue serge, exactly what the regulations called for. “How many yards do you have?” Somehow she knew it would be the right amount.

“And why do you worry about clothes? See how the flowers of the field grow. They do not labor or spin.Yet I tell you that not even Solomon in all his splendor was dressed like one of these. If that is how God clothes the grass of the field, which is here today and tomorrow is thrown into the fire, will he not much more clothe you – you of little faith?” Matthew 6:28-30

How has God provided your needs? Do you trust Him to?