The Light of Hope

Home » The Light of Hope
Previous Next

The Light of Hope 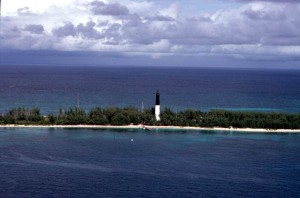 Pete and his brother Andy had given up hope. How long had they been drifting at sea? It seemed like forever, but it had only been three days. And very long nights.

“Andy, I’m sorry I got you into this mess.” Pete’s throat was so dry the words gasped their way out.

“It wasn’t your fault.” Andy shook his head. “I wanted to come along. You’re my big brother. I’ve always followed you, right?”

“I thought I’d lost you in that storm. I’ve never seen waves so big.” Pete strained to raise his arm and demonstrate.

“When they washed over the boat, I was sure our lives were over.”

“But since our sails are destroyed, we’re not much better off.” Pete’s head drooped.

“Sure we are. We’re still alive, aren’t we?” Andy made a weak effort to be positive.

The moonless sky weighed down on the men like a heavy dark blanket. Too tired to speak anymore, they slumped in the boat. The waves alternated between a gentle rock and a sudden jolt, splashing them at will while they lay powerless to save themselves. Would they live to see another day?

Pete saw it first. He squinted at a speck of light on the horizon. What was it? “Andy. Look! Do you see something?”

Hope energized the pair as the light grew brighter.

“It’s a lighthouse!” Pete grabbed the oars and started rowing towards it. When he tired, Andy took over.

As dawn revealed their surroundings, they drew close to the lighthouse on the remote island.

“We’re saved!” Andy and Pete cried out as tears of joy flowed down their cheeks. “Thank God, we saw the light.”

On the Friday before Easter, the followers of Jesus gave up hope when they saw him crucified. All their expectations for a new future were crushed. He was dead. Buried. Sealed up in a tomb.

But then, when faith had given way to despair, the impossible happened. Christ defeated the grave and returned alive, defeating the enemy and breaking the bonds of sin for mankind.

Christ lives, and because He does, so can we.

“Praise be to the God and Father of our Lord Jesus Christ! In his great mercy he has given us new birth into a living hope through the resurrection of Jesus Christ from the dead” 1 Peter 1:3

May You Have A Blessed Easter.