The Lighthouse and the Judas Light

The Lighthouse and the Judas Light 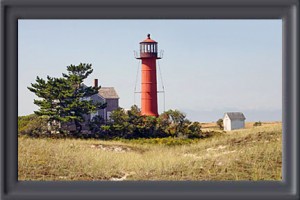 The word brought alarm to some, prosperity to others. In the days of sailing and few light-houses, shore-side residents often saw the event as a source of unexpected treasure.

Once the survivors were taken to shore, the motto “finders, keepers” was the rule for anything left on the ship or washed up on the shore. In the poor villages of Key West, the Bahamas, the Outer Banks, or England’s Cornish Coast, the event was hailed as a sign of divine providence. Often these people prayed for a shipwreck and thanked God for the bounty it would provide. Everything from crates of fruit to furniture and exotic goods were discovered among the salvage of these ships.

Of course in areas where shipwrecks were more common, the unscrupulous turned to “mooncussing,” a practice of using false lights, called “Judas Lanterns,” to intentionally lure ships onto rocks in order to profit from the salvage. Since bright moonlit nights rendered the false lights ineffective, the criminals would curse the moon.

The procedure for mooncussing involved a lantern, a rope and a horse. The lamp was tied to hang below the horse’s neck and the rope was tied to one of its legs. When the mooncusser pulled the roped horse up and down the beach, the uneven gait made the lantern swing similar to a ship’s lantern when the vessel is anchored.  As ships steered toward the false lights thinking the area was safe, they ended up wrecking on rocks or sandbars.

Legend has it that Nags Head, North Carolina was named for a mooncusser’s horse. Other tales of mooncussers recounted by sailors from Australia to Cape Cod warned of areas where the practice was known to exist. Eventually, lighthouses were built in these areas to warn ships of the dangers in those areas. The reliable light of the lighthouses saved ships, but the Judas lights were their doom.

Which light are you following? The authentic one that saves or the false one that leads to disaster?

“The Lord is my light and my salvation— whom shall I fear?” Psalm 27:1