The Lighthouse at the End of the Road

The Lighthouse at the End of the Road 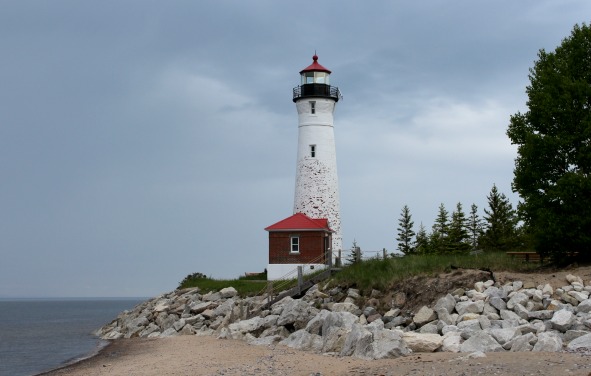 “Are you sure we’re on the right road?” I asked my husband.

He pointed to the lighthouse map on the seat and said, “There it is. See for yourself.”

But the rocky, dirt road we were on gave no hint that a lighthouse was near. All we could see on either side was trees, lots and lots of trees.

We were on a lighthouse trip, make that a mission, to see as many lighthouses on Michigan’s west coast and Upper Peninsula as possible. We’d seen quite a few already, but most were at the end of a paved road, or visible from the shore if we could see the water. But there was no water in sight.

“We didn’t turn off on another road, did we?”

“How far did it say it was to the lighthouse?”

“The website said 18 miles, but I didn’t check the mileage when we turned off the highway, so I don’t know how far we’ve gone.”

Our six-year-year old grandson in the backseat piped in. “Are we lost?”

My husband and I exchanged glances, silently saying, “We don’t know,” but aloud I said, “I don’t think so. We’re on the right road, so we’re bound to see the lighthouse soon.”

But I wasn’t so sure. We were far from any cell towers, so we had no phone GPS either. Miles dragged by, the single road requiring us to go slow as its ruts and rocks bounced us along.

Then we spotted a sign.  A little round sign with a small picture of a lighthouse and an arrow pointing straight ahead was nailed to a tree on the side of the road.

“A sign! We’re on the right road!” I wanted to jump for joy.

More miles passed without a lighthouse, but then we saw another little sign, affirming our journey.

We continued on, until we saw the greatly appreciated one-mile sign.

And finally we came to the end of the road.

There before us was a small brick building with a lighthouse in the background and the water of Lake Superior spreading out beyond. We had arrived at Crisp Point Lighthouse.

Since its initial lighting in 1905, the lighthouse has stood a lonely vigil and fought off erosion by the lake to stay in its place. In fact, the abandoned lighthouse might have been lost to history, if a couple hadn’t stumbled upon it in 1988, and their interest in preservation began its restoration.

As a rule, lighthouses aren’t built on land with high-traffic areas. They’re built where they’re needed, where ships can see them and stay on course. Can you imagine a mariner seeing nothing but water, hoping he’s on the right course, then seeing the lighthouse? Coincidentally, we had to stay on course to find the lighthouse at the end of the road.

Isn’t life the same way? Sometimes you aren’t sure you’re doing the right thing, following the right track, but if you are, God sends you a little sign that says you are. Just keep going, and you’ll reach the right destination. Can you remember a time in your life when that’s happened to you?

“Seek His will in all you do, and He will show you which path to take.” Proverbs 3:6 NLT 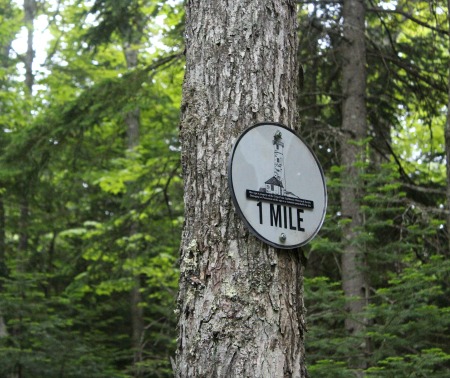