Home » The Lighthouse Award
Previous Next 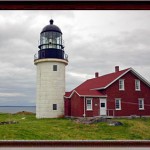 Thomas sighed as he wiped soot from the lighthouse window. He was fastidious about keeping the lighthouse clean and doing the best possible job. So why hadn’t they noticed?

“You’re disappointed about not winning the award, aren’t you,” asked his wife Caroline, who had accompanied him to the tower  room.

Throwing the rag down into the bucket, Thomas exhaled and stared out at the sea. “I suppose so. After all the work I’ve done to make this light-house the cleanest, best-kept lighthouse in the area too.”

The highest award issued by the lighthouse commissioner, the pennant, had just been handed out to another lighthouse keeper – not Thomas. Despite receiving high marks at each inspection and compliments on his work, he had not received the honor.

“This lighthouse has improved so much since you took over as keeper. Everyone knows that.” Caroline tried to lighten his mood.

“I suppose everyone doesn’t think I deserve the pennant though.”

“Perhaps next year, you’ll get it.”

Thomas huffed. “Sure. Next year. Always next year.”

The wind whistled through the panes, shaking the tower room.

The waves around the island became angry, splashing high upon the rocks.

“Wait. Is that a boat out there?” Thomas grabbed his telescope for a closer look. Against the dark sky, Thomas saw sails blowing, being ripped apart by the wind. “They’re headed straight for the rocks! I’ll get the lifeboat. You get ready to help them into the house.”

The couple sprang into action as Thomas ran down the stairs, grabbing his slicker on the way out the door. Caroline followed, anxiously watching him untie the boat, leap in and begin to row against the turbulent water.

She hurried to the kitchen to put on the kettle, then grabbed some blankets, praying for the safety of her husband and the people on the boat. Then she ran back up to the tower room in time to see the doomed boat crash upon the rocks. She counted four people hanging onto the side and heard them crying out for help.

Caroline held her breath as she watched Thomas maneuver his boat next to the wreck. One by one, he helped all four survivors get into the lifeboat before rowing back to the lighthouse.  Caroline ran out to meet them and led them up to the keeper’s house.

As the four sailors warmed themselves by the fire, each one expressed his gratitude to Thomas for saving them. “Thank God you saw us. We would have been lost for certain, if you had not been there.”

As he went to help Caroline carry hot tea to the survivors, she smiled up at him. “Just doing your job? Even without the pennant?”

“I press on toward the goal to win the prize for which God has called me heavenward in Christ Jesus.” Philippians 3:14