The Lighthouse Keeper No One Knew About

Home » The Lighthouse Keeper No One Knew About
Previous Next

The Lighthouse Keeper No One Knew About 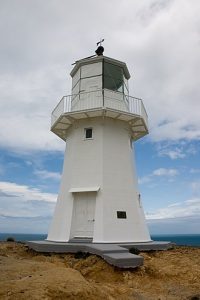 Mary Jane Bennett was New Zealand’s only female lighthouse keeper and was the head keeper of the country’s first permanent lighthouse.

However, for many years, her contribution went unnoticed.

Mary was the daughter of an English squire, where she lived a comfortable life of prestige. But when George Bennett was hired to work on their estate, the two fell in love. Mary’s father forbade the relationship, but the lovestruck couple would not be deterred. So George left for New Zealand, and shortly after Mary sailed to the country as well, taking the position of a governess to the future mayor of Wellington.

George and Mary married, and George took the position of the first keeper at Pencarrow Head lighthouse, which was initially a light in the bay window of the couple’s small dwelling. Although the view from the cliff was beautiful, the couple’s home was meager and constantly blasted by the wind. The nearest fresh water source as well as firewood required a hike across the terrain. In gales, the couple and their growing family took shelter in a cave, fearing the house would blow away. Appeals to the government for better quarters and a better light went unheeded for several years until a shipwreck with the loss of thirty live got the attention of the governor who then approved a new lighthouse. 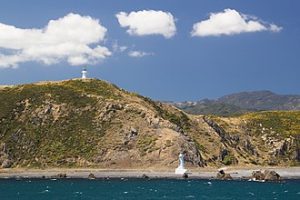 Fortunately for her, a new keepers’ cottage was built near the tower, and she began to receive supplies. Mary’s work was non-stop. In addition to caring for her children, she had to trim the wicks every three hours and clean the 180 prisms daily. Eventually, she was given an assistant keeper, a man, who resented having a woman as his superior and complained about her to the officials. However, Mary’s work ethic spoke for itself, and her keeper’s logs were considered “commendable, the lighthouse kept in an orderly and efficient manner.”

Mary’s desire was for her children to get a “proper” education, so after ten years as a single mother of six at an isolated location, she returned to England and reconciled with her father to live with him. But her father would not let her tell anyone what her position had been in New Zealand.  Her dedicated work at the lighthouse was considered inappropriate for the daughter of an English squire, so she was forced to tell relatives she was the widow of a wealthy New Zealand landowner.

Her three sons considered New Zealand home, so all three of them returned after they finished their education. William, the youngest, because assistant keeper at Pencarrow, the lighthouse where he was raised, from 1880 to 1885. He married and his children were born there.

Mary died in England in 1885. Her keeper logs and letters survived, but until recently, her British descendants did not know her story. However, in New Zealand, the generations of Bennetts passed it down.

In 1935, Pencarrow Lighthouse was decommissioned, and a new lighthouse was built on the shore below. The original still stands on the top of the cliff and serves as a daymark for ships and planes. On the lighthouse’s 150th anniversary in 2009, more than 150 Bennett descendants visited the lighthouse to unveil a commemorative plaque that pays tribute to George and Mary Bennett. Finally, Mary received the recognition she deserved.

“Honor her for all that her hands have done, and let her works bring her praise at the city gate.” Proverbs 31:31