The Lighthouse Keeper vs. The Fog

The Lighthouse Keeper vs. The Fog 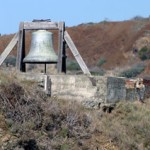 Juliet Nichols was accustomed to fog in the San Francisco Bay. From her vantage as lighthouse keeper on Angel Island in the bay, she often saw it rolling in.

One day after seeing the fog coming through the Golden Gate, she hurried to the mechanism that started the fog bell. The machinery, however, wouldn’t function. When she spotted the masts of a sailing vessel approaching, she had no time to wait for the machine to be repaired.

She grabbed a hammer and began pounding the bell, warning the ship away from the island. She continued hitting the bell with the hammer at the required intervals – two blows ever fifteen seconds – for twenty hours and thirty-five minutes before the fog lifted.

The bell was repaired the next day, then two days later, the machinery failed again. Once more, she beat on the bell with her hammer again until the fog cleared. In fact, she recorded in her logbook that the mechanism failed eight different times while she was lighthouse keeper.

Why did she do it? Didn’t she get exhausted and want to quit? Surely she got tired of beating the bell. No doubt her arms felt as if they couldn’t continue. But she didn’t stop. She persevered.

Juliet knew Angel Island was one of the most hazardous places in the bay, and her job was to keep others safe. Even though there were moments when she thought she couldn’t go on, couldn’t lift her arm one more time, she continued. Her efforts were rewarded with commendations from the lighthouse board. But her own reward was knowing she persevered.

What about you? Do you ever get tired of doing something for others – as a caretaker, a parent, or an employee? Do you sometimes want to quit? Hang in there. In due time, you will receive your reward, even if it’s your own satisfaction of knowing you did the right thing.

“Let us not become weary in doing good, for at the proper time we will reap a harvest if we do not give up.” Galations 6:9 NIV