The Lighthouse Keeper who came back from the Dead

The Lighthouse Keeper who came back from the Dead 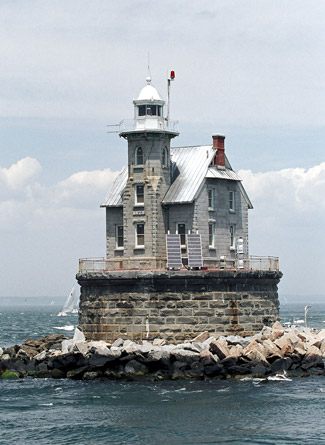 Off the eastern end of Long Island Sound, you’ll find Fishers, Little Gull, Great Gull, and Plum – a string of islands. Many ships pass between the islands, but the deepest gap, called “The Race,” is just off the end of Fisher Island near a reef called Race Rock. The dangerous current that flows through the gap has been the doom of many vessels, especially before 1871, when the lighthouse built on the reef became active.

A stag station, the lighthouse housed one keeper and two assistant keepers. The families of the married keepers lived on the mainland, visited when a keeper had leave. Located eight miles off the coast from New Haven, Connecticut, going to and from the lighthouse was sometimes difficult for the keepers, depending on the tide. Waves can run in two directions where the water at the mouth of the Race meets the water of Fisher’s Island Sound. In bad weather, these waves can be quite large.

In April 1892, the new head keeper at Race Rock, twenty-four-year-old Christopher Culver, ran into those huge waves. After a brief shore leave to visit his family in New London, Culver set out to return to the lighthouse in a twelve-foot rowboat with a sail. Captain R.M. Jerome, a retired sea captain, watched Culver as he made his way out to the lighthouse. When Capt. Jerome saw Culver’s sail go down in the rough seas, he reported that the boat had capsized. 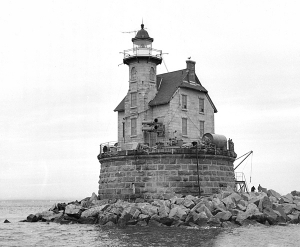 The ensuing search showed no trace of the keeper, and the newspaper reported his drowning.

In reality, Keeper Culver had abandoned his attempt to reach the lighthouse, lowered his sail, and rowed instead to Great Hay Harbor on Fishers Island where he found food and shelter at Mr. Oakley’s farm. Two days later, the keeper arrived back in New London aboard a steamship, and was reunited with his relieved and jubilant family.

At his sixty-ninth wedding anniversary, Culver recalled his premature death notice published sixty-four years before, thankful for the life he’d had since his “death.”

Author Mark Twain faced a similar situation a few years later when he was rumored to have become ill and died while visiting in London.  A reporter contacted Twain and told him of the rumor,  to which Twain’s oft-misquoted response was, “I have even heard on good authority that I was dead…The report of my death was an exaggeration.”

“You have made known to me the paths of life; you will fill me with joy in your presence.” Acts 2:28 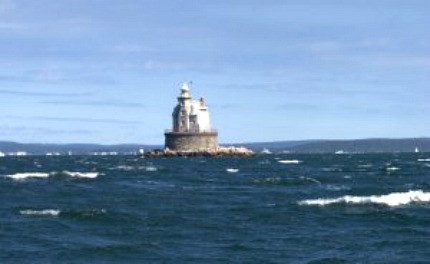