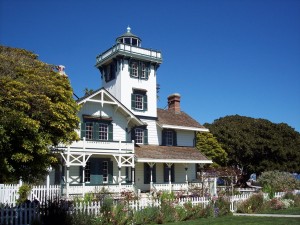 When Willie Austin received the appointment of keeper at Point Fermin Lighthouse in California, he had already served as keeper at several other lighthouses in the state. So in 1917, when Keeper Austin moved his wife and six children into their new home above the cliffs leading into the San Pedro Harbor, the family was accustomed to the hard work and duties of keepers. Soon after, a seventh child was added to the Austin household. However, only eight years later, Willie’s wife died, and Willie died just two years after her.

Thelma Austin, the oldest child, took over the care of her younger siblings as well as the lighthouse. Thelma and her sister vowed to keep the light going in memory of their parents’ dedication. Interviewed years later, Thelma said, “I felt that we had a sacred duty to perform: to promulgate the heroic work which our parents started.”

She petitioned the government for the appointment as keeper of the lighthouse, citing her knowledge and experience helping her father her whole life. Her petition was granted, and Thelma served as keeper of the lighthouse for the next fifteen years. In addition to her lighthouse duties, Thelma raised her five brothers – all of whom went into military service, carrying on the tradition of performing a sacred duty to their country and continuing heroic work.

Let us remember the many brave men and women who have served in all branches of the military and those who continue to serve. We citizens thank you, our veterans, for the sacred duty you have performed for our country. 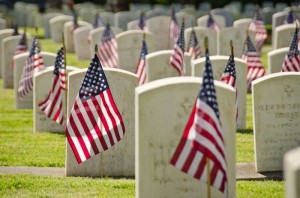