“Connie, the inspector’s on his way over.” Elson Small, lightkeeper of the Seguin Island Lighthouse told his wife. He had spotted the supply ship as it approached with the inspector on board.

“Oh, good! I’m eager to know if the keeper’s wife at Permaquid Point had her baby yet.”

Life on Seguin could get lonely for Connie and Elson, so they loved getting news about the keepers at other lights. Before telephones, information traveled from one lighthouse to the other by people on ships, most often the district inspector who visited each lighthouse on a regular basis. Hearing about other keepers – their families, their health, and their experiences – kept them connected, forming a bond and unity of purpose.

In places like Maine, where so many lighthouses dotted the coastline, most of the keepers knew who the others were. Often they had worked together at a light that had several keepers before they were transferred to another light. This brotherhood of lighthouse keepers understood each other’s jobs and challenges. It wasn’t uncommon for a lightkeeper at one place to be related to a lightkeeper at another, since the occupation often stayed among families.

Connie wrote in her book, “A Lighthouse Keeper’s Wife,” that she especially enjoyed being in the lantern room when it was time to light up. She wrote, “I loved being in the tower at sunset. When I took that lens cover off … I could begin counting from Portland to Permaquid Point as almost simultaneously the lights came on – thirteen of them. It was like saying “hello,” “hello,” “hello,” “hello,” all down the coast. I felt that spiritually we visited with the people in all of those lights, we knew they were trying to do the same thing we were, protecting navigation.”

The lighthouse keepers were good neighbors – to one another and to everyone else, demonstrating the second most important commandment in the Bible, to love your neighbor as yourself. (Matt 22:39) 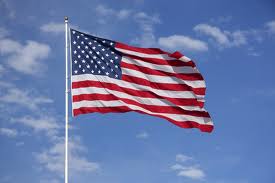 As we celebrate Memorial Day here in the United States, we honor those who have loved their neighbor by offering the supreme sacrifice of themselves. Thank you for your service.