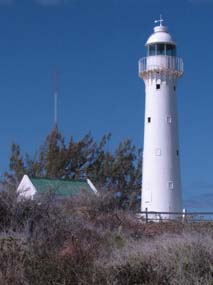 “Where’s the lighthouse?’ The captain of the ship bound for Grand Turk Island searched the horizon.

“Our chart says there should be one around here somewhere.”  The first mate pointed to the nautical map in his hands.

A scraping sound sent alarm through the men as the ship came to a grinding halt. They were stuck on a reef, like hundreds of other ships before them. As waves crashed over the side of the stricken boat, the vessel broke apart, its cargo exposed.

Soon the ship was surrounded by smaller boats whose crews fought each other for possession of the wrecked boat’s contents before it sank below the surface of the sea.

They were wreckers, islanders who took advantage of hapless ships which fell victim to the reefs.

But where was the lighthouse which would have warned them? It was there, but unseen by the unfortunate ship. Something was amiss.

In 1852, the British government which ruled the islands responded to appeals from shippers and American fisheries by building a lighthouse on Grand Turk Island. Wrecks were so numerous that shippers refused to travel to the Caicos Islands for the salt mined there, an essential resource to New England fisheries. As a result, the island economy was hurt.

The government hired a part-time keeper to light the beacon of the new lighthouse every day. However, he didn’t remain all night to maintain the light and make sure it stayed on. Then a fulltime keeper was hired and a keeper’s house was built. Still, mariners complained that the light was dim or not visible. Even after brighter lamps were installed, the problem persisted.

The problem remained until the light was automated in 1972, and there was no longer a need for a keeper. Apparently, the local keepers sympathized with the wreckers, perhaps even receiving part of the loot from the wrecked ships. So even though they lit the beacon as they were paid to do, they covered the windows with material that hampered the light’s beam, rendering it ineffective.

In Matthew 5:14-15, Jesus told his followers “You are the light of the world. A town built on a hill cannot be hidden.Neither do people light a lamp and put it under a bowl. Instead they put it on its stand, and it gives light to everyone in the house.”

How do you let your light shine? Do you have good news? Can you help someone with something? Have a blessing you’re thankful for? Share it with somebody and brighten their day.